Five days after a brake on Grosjean's car exploded at Sepang, the Frenchman was sent into the gravel again at Suzuka.

During second practice Grosjean, who claimed on Thursday he would tone down his in-car radio messages, described his brakes as "shit".

Asked about his emotions over the radio, Grosjean replied: "Just jump in my place!

"You drive at 320km/h and the brake doesn't work, how would you react?

"It could be dangerous. Yes, there are things I don't accept.

"Today I crashed because the brakes didn't work, so I think it's normal to be a bit annoyed."

"Everywhere is dangerous, but here especially because it's very high speed," he added.

"The last race I was lucky to escape with nothing [injured], we come here and my brakes go again, it's a bit too much." 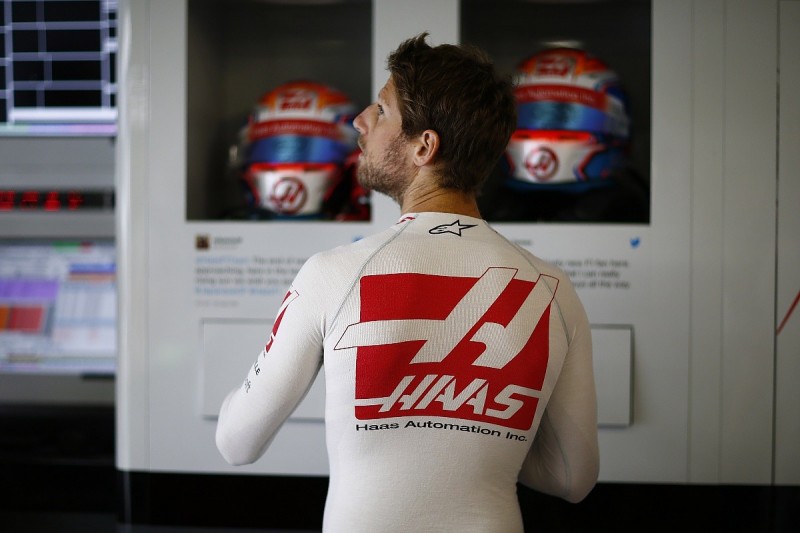 He admitted braking earlier on occasion amid his anxiety.

"It's not ideal, let's put it that way, but then you don't go for the last five metres [under braking]," said Grosjean.

"It compromises lap time. Qualifying is another story, but when you are in free practice, you take it a bit more carefully.

"If it's wet this weekend then it could be worse.

"It's tricky to find the right solution, so hopefully we change the material for tomorrow and things get better."

BRAKES WERE TOO COOL

Haas team principal Gunther Steiner said the problem that sent Grosjean off the road on Friday was not an outright failure.

"It didn't fail - it locked up, it didn't bite," he told Autosport.

"There was not enough retardation so one wheel locked and he went straight.

"So we had to adjust a little the heating [of the brake].

"When carbon discs are too cold there is bad retardation, and we ran a bit too cold in the beginning, so we had to find the right level, so I hope we got there by the end of FP2."

Steiner believes Grosjean now needs something to restore his confidence in the Haas's braking.

"The issues we've had in Bahrain, Malaysia and here are all different," he added.

"The greater worry for him is the inconsistency of the braking, and obviously if it's inconsistent then on a good moment you brake late, on a bad moment you have to brake early, otherwise you get what happened to him today.

"He needs to get his confidence back, and I hope we find him a set of discs that does that tomorrow."