Gasly was on a hot lap when he came across a slow moving Grosjean at the triple right hand sequence of Turns 15, 16 and 17, with the Haas driver apparently unaware the Toro Rosso was approaching.

Gasly aborted his lap, slowed down alongside Grosjean, and gestured angrily, while at the same time the Grosjean started to turn into the corner.

They made contact as a result, which sent bits of bodywork flying.

The stewards called both drivers to a hearing, with suggestions that Grosjean might be trouble for impeding and Gasly for expressing his frustration.

But in the end the stewards decided that no punishment was necessary for either driver, after Grosjean explained that he had had no warning from his team of Gasly's approach.

"The driver of car 10 [Gasly] conceded that he did not think the driver of car eight [Grosjean] was able to see him and it was noted that the closing speed differential was well in excess of 120km/h," read an FIA bulletin.

"The driver of car eight received no warning from his team by radio and stated that he had no visibility of car 10's rapid approach.

"He stated had he known car 10 was approaching he would have moved completely off the track.

"Instead he turned into the corner, somewhat off the racing line but in doing so came into contact with car 10, which was on a push lap, and was unable to avoid it due to the very high speed differential." 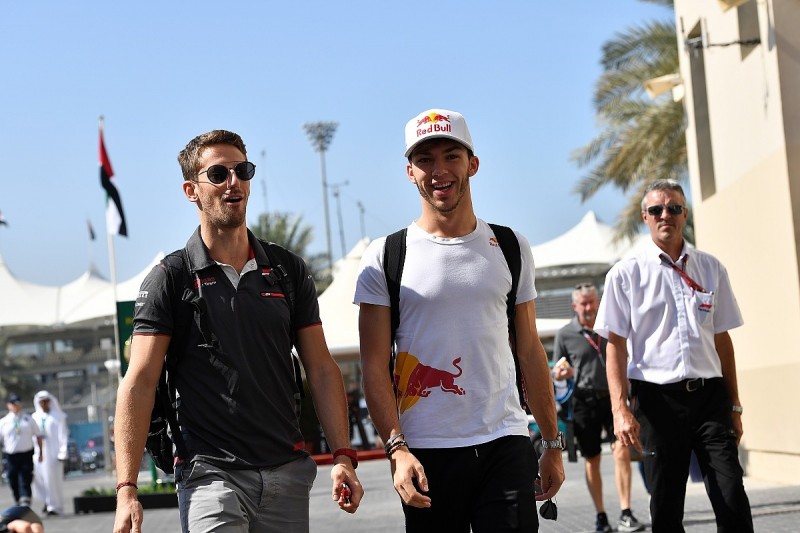