AUTOSPORT brings you its regular column of life inside the paddock. This week: Spa

After the temperatures had been in the sweaty mid-30s in Valencia, it was a case of totally repacking the wardrobe for the Belgian Grand Prix - as sometimes the mercury struggled to break into double figures.

But despite the chills, you are always hard-pressed to find anyone complaining about being at Spa. The fantastic track layout makes it obvious as to why everyone loves being there - with just one glance at Eau Rouge enough to raise the heart rate and send shivers down your spine.

For the ever-growing numbers of the media pack who having taken up to an evening jog around each of the circuits we visit, the run-up from the stream at the bottom of Eau Rouge to the peak at Raidillon, was a cause of much leg and lung punishment rather than something to enjoy.

On Friday evening we passed someone having a bit more fun at the corner. British broadcaster BBC wanted to show to viewers just how steep the incline was at Eau Rouge, so with a bit of help from Red Bull, it enlisted the help of a local skateboarder.

European champion Axel Cruysberghs (who won the title a few weeks ago with a broken wrist) showed off his skills with two runs down from Raidillon - and managed to reach a top speed of 26mph.

Back-to-back races are challenging enough for the drivers, the media and trackside team personnel, who all have to wind down from one event and kick start the next within the space of a few days.

But at Spa-Francorchamps you would not help but feel it for the motorhome staff, who had faced a proper race against time to get their hospitality units from the harbour side in Valencia to the middle of the Ardennes Forest.

Force India got around the problem by not bringing its unit to Spa at all - and there were few complaints from the team after the motorhome suffered an electrical fault in Valencia and therefore did not have any air-conditioning.

Instead, and amid many rumours that the team did not bring their unit for fears of it being impounded over the dispute that occurred at the German GP, the team raised plenty of eyebrows when they used the motorhome that is normally used by Rizla Suzuki in MotoGP.

For teams with much larger motorhomes, the effort was immense - and none more so than McLaren's Brand Centre. It had taken through-the-night efforts on Sunday night and Monday in Valencia to get the motorhome packed onto 12 articulated lorries; a drive from Tuesday afternoon to Wednesday all the way to Spa, then work through the afternoon and overnight to get it ready for Thursday.

There may have been a few creaks and groans from the metalwork during a British media dinner in the Spa paddock on Thursday night - but, having travelled from Spain to Belgium, it was quite homely to be celebrating the achievement with roast beef and Yorkshire puddings.

Evidence from Spa-Francorchamps seems to show that there are two sure-fire ways to guarantee a big turn out for a press conference.

The most obvious, of course, is to provide a fantastic story. That means a big driver announcement, a shock news event or the chance for a fair bit of controversy. 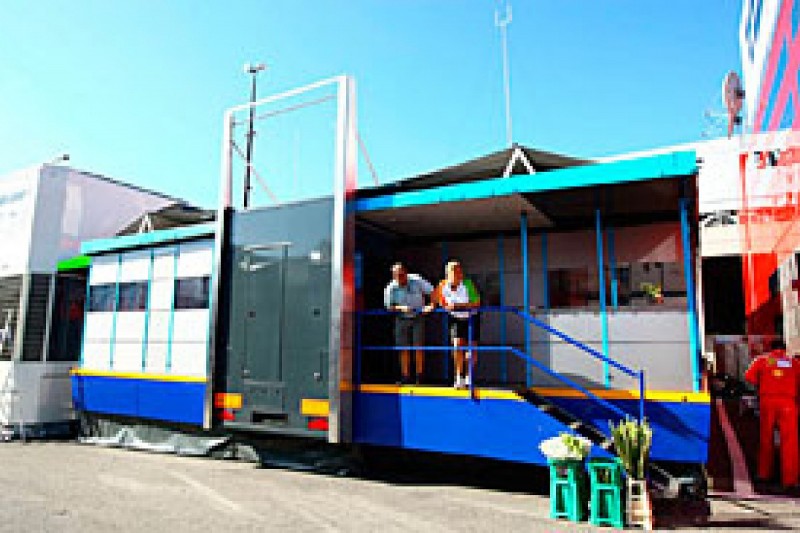 I remember the shoving, elbows and general melee outside the Renault motorhome on the morning of the 2006 Italian Grand Prix when we all gathered there to hear Fernando Alonso complain about the grid penalty he had been given for impeding Felipe Massa in qualifying - as he slammed F1 for no longer being a sport.

Teams do not always have such dynamite headline-grabbing stuff to attract people through the door though. So, there is another way. It's called the freebie.

On the Thursday afternoon at Spa, watch maker Casio held a press conference in Red Bull's energy station to announce that Sebastian Vettel was being made its new F1 ambassador, with David Coulthard handing over the mantle now that he is no longer driving.

The event was packed to the rafters, and Coulthard was certainly in amusing form as Vettel was presented with a new name-branded Casio Edifice watch - straight from the company's Tokyo headquarters.

"The motto for the Edifice range is speed and intelligence," said Coulthard. "When I was having this presented to me last year, I felt a little bit embarrassed because I am not sure I ever had the speed - and I know I am not that intelligent..."

Once the formalities ended, the shoving, elbows and general melee began as Casio handed out gift press packs - which included an Edifice watch.

Never has the press pack been so on time for everything as they were for the rest of the Spa weekend. 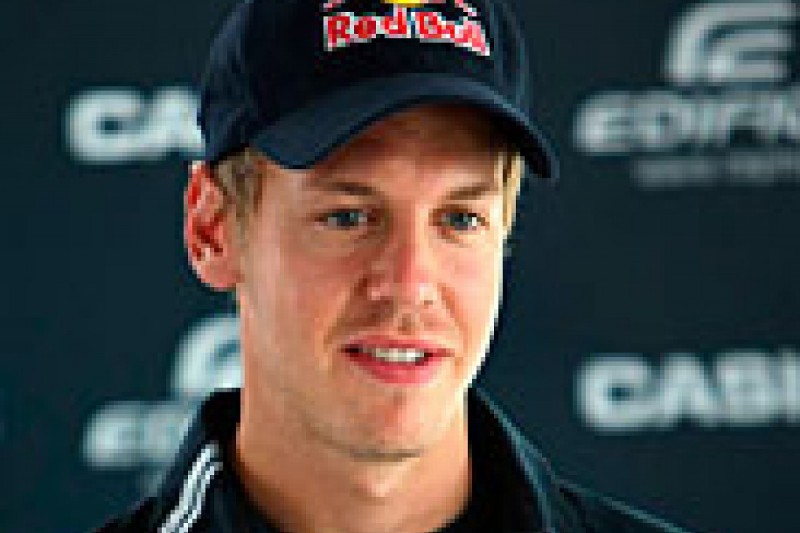 You would have thought that Luca Badoer's pitlane speeding offences, lack of pace, parc ferme crash and stand-off with a journalist in Valencia would have put him in a bit of a depressed state for Spa, but the Italian was having none of it.

He may have had his problems getting into the paddock at times over the weekend, having not had his race-by-race pass on him, or it not working, but Badoer remained in a feisty mood.

And he raised some eyebrows on Saturday afternoon when he said that the only thing he had hated about his F1 comeback had been dealing with the media.

"I'm very happy," he said. "Apart from the press. The only problem for me, and for the team, is the press. Ninety per cent have written really bad things. And so for me there is no point because I don't read the newspapers, so everybody can read what they want. But the people around can be influenced by this, so I don't like it for this." 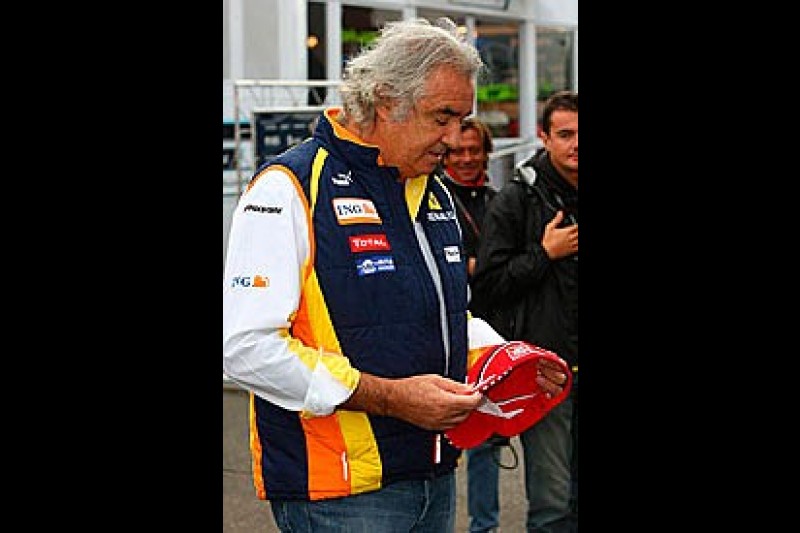 Some of the Italian press there were not impressed - and pointed out that they had only been writing about the results of the stopwatch - and that is was never going to be easy following in the footsteps of Michael Schumacher.

Over the Spa weekend, though, the press were more interested in an amusing side note to Schumacher's non-return. Sharp-eyed reporters had noticed that tucked away in the corner of the official F1 merchandise stands were some new Schumacher caps.

The official 'Schumi Comeback' caps had been put into production before Schumacher's neck injury had called it off - and 10,000 of them had been made by a company in Bonn.

Over the weekend, the novelty merchandise was getting picked up by more and more media - and Renault boss Flavio Briatore was even seen carrying one in the paddock.

How long now before eBay becomes flooded with them?

Making sense of a strange weekend