GPDA directors Romain Grosjean and Sebastian Vettel represented the drivers in the meeting in Geneva on Tuesday, after Lewis Hamilton, Nico Hulkenberg and the organisations's chairman Alex Wurz attended a previous gathering in Paris last month, along with the FIA, F1 and the teams.

"It was long, but it was very important that the drivers were involved," said Grosjean when asked by Autosport about the Geneva talks.

"We've got four really clear points of where we want to go, and there were discussions of a few things that we thought were completely useless to us in terms of making the show better.

"So we just need to keep on going on those four points, and make sure we keep the pressure on and help F1 to get better."

"Four points presented by the GPDA, and four points that we've agreed on with every driver.

"It's difficult to go there when there is a question of the scope of the discussions with the others, because then it's your personal opinion.

Elaborating on what the drivers agreed on, he said: "Out of four points from the GPDA number one is the tyres. Number two is the aero. Number three is the weight, and number four is money between the teams.

"So if you solve those four points, I think it will be fucking good."

Asked if the others present at the meeting had listened to the drivers, Grosjean replied: "Very well. Jean Todt has been very supportive."

He said drivers are keen to have refuelling reintroduced in order to create a lower starting weight.

"Nothing is agreed. The GPDA, we want it, not because we think it's great for racing, but we need to help to bring the weight of the car down," Grosjean explained.

"So it's just a temporary fix to help make the cars 70kgs lighter or 60kgs at the start of the race, and not overheat the tyres. 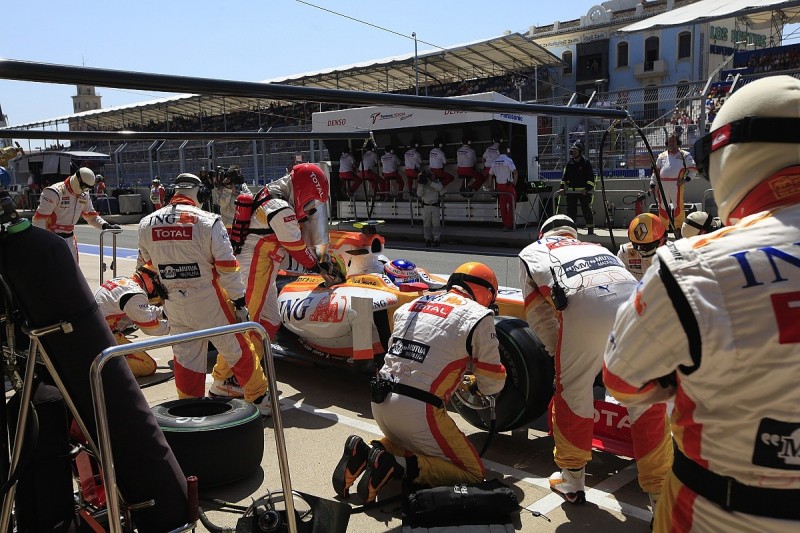 "So you are actually adding and adding, while what we want is to bring the weight down."

Grosjean added the drivers had even proposed a different engine formula.

"This we were told was not an option!" he joked.