Alfa Romeo's Antonio Giovinazzi has been given an official warning for dropping debris during the opening free practice of Formula 1's British Grand Prix, which brought out a red flag 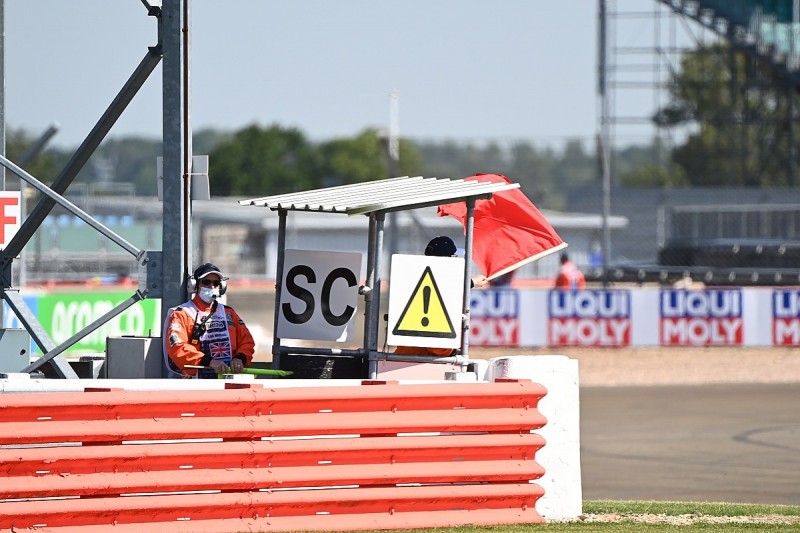