The Red Bull driver set a time just 0.004s quicker than the Mercedes of Lewis Hamilton, and Max Verstappen was third fastest in the second Red Bull, ahead of Ferrari's Sebastian Vettel who was only 0.271 off Ricciardo's fastest time.

Valtteri Bottas finished the session in fifth place on the morning when it was revealed he'll continue with Mercedes for another season. Kimi Raikkonen rounded out the top six in his Ferrari.

Despite having the quickest time, it's set to be a challenging weekend for Ricciardo who has been hit with a series of grid penalties.

In this session, he took his third MGU-K, which has triggered a 10-place penalty for Sunday, while a third energy store added five more and a third control electronics a further five - meaning he'll start from the back of the grid.

Held in warm sunshine, Friday's morning's 90-minute session was a chance for teams to familiarise themselves with the medium, soft and ultrasoft tyres on the 2.8-mile Hockenheim circuit for the first time since 2016.

The two Haas machines of Romain Grosjean and Kevin Magnussen finished seventh and eighth, while Sauber's Charles Leclerc was ninth, one place ahead of Nico Hulkenberg. 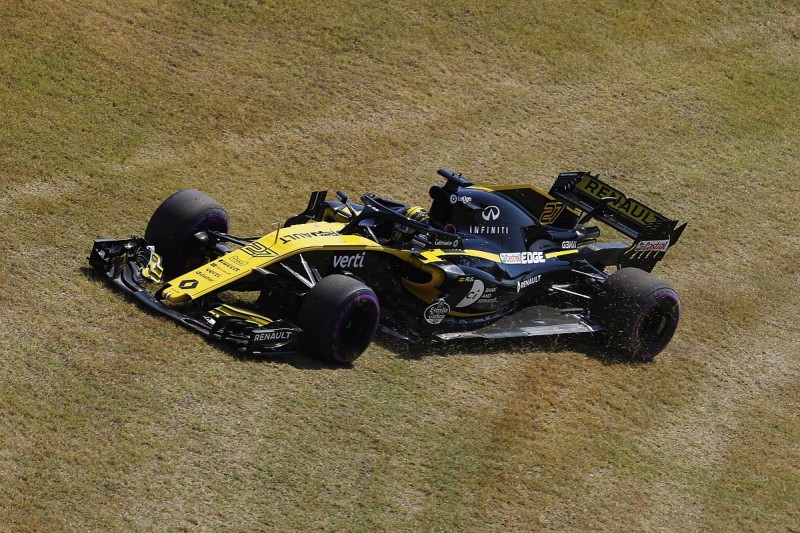 The German had a moment off-track at the high-speed Turn 12, running over the gravel, but emerged unscathed and with just under five minutes of practice remaining, he was branded an "amateur" by Fernando Alonso on the team radio, after he felt the Renault delayed his progress in Turn 2.

Giovinazzi's running was slightly truncated under half an hour into the session, as he departed the pitlane and the engine cover flew off the rear of his Sauber. He returned to the pits on the following lap with the Ferrari power unit exposed.

Early in practice, Pierre Gasly was complaining of steering issues with his Toro Rosso and ran wide at Turn 12, breaking a piece of bodywork on the exit kerb. On the radio he said his car felt "really strange."

Running at McLaren was limited as the cars of Fernando Alonso and Stoffel Vandoorne spent the majority of FP1 in the garage with set-up work being performed on their cars. Vandoorne completed 14 laps while Alonso just 13.