Norris secured his worst position on the grid in 2019 by placing 16th, and he blamed oversteer and his performance for failing to make it past the first phase of qualifying.

But it has since emerged the battery pack problem had played a role in his qualifying showing.

McLaren team boss Andreas Seidl said: "We had an issue with the battery pack in qualifying with his car.

"So we lost one tenth with that [problem], which would have been enough to progress to Q2, then it would maybe have been a different story."

Norris missed out on securing a place in Q2 by just 0.077s, meaning Seidl's estimated time loss meant the problem proved a critical factor behind his result.

Reflecting on his qualifying performance, Norris said: "I didn't put the lap together as well as I should have done.

"It wasn't like I made loads of mistakes and was miles off the pace. I was just over a tenth off of Carlos [Sainz Jr, who qualified seventh] and, although position-wise it is different, our pace compared to the others wasn't too different.

"It was just very close and I didn't do a great lap and that showed in the results. Nothing happened, nothing which made me a lot slower or anything, [it's just] not a great lap." 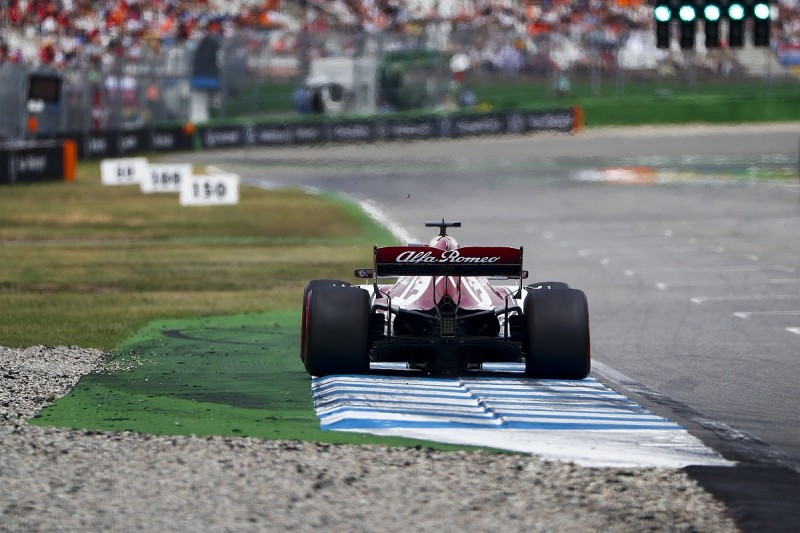 McLaren had emerged as a potential midfield leader in recent races, but it has struggled in Germany so far.

When asked for the reason for McLaren's showing, Sainz said: "What we know is the others have brought quite a lot of stuff.

"They might have an edge over us this weekend, but I still think we reacted well to tough conditions.

"I don't think the heat was helping either our car and our efficient package.

"There is a combination of things there that didn't help, but mainly the others have done a good step this weekend."