Grosjean lost control of his Haas at Turn 3 on the opening lap at Barcelona and speared across the track, collecting Gasly and Renault's Nico Hulkenberg.

The F1 stewards later gave Grosjean a three-place grid penalty for this weekend's Monaco GP, as they felt his choice of staying on the accelerator to try to catch the spin led to a crash that could have been avoided.

Gasly said he had not talked to Grosjean about the incident, but intimated that his rival should have handled the aftermath differently.

"I think in such a situation I would have at least apologised.

When asked by Autosport if he could understand what Grosjean was trying to do, Gasly replied: "No. I've watched the video 50 times and... I think it's always easier to judge afterwards because as a driver when everything is happening and you have one, two tenths to take a decision things are different.

"When you look at it 50 times and you take 10 minutes to think about what he could have done differently it's always easier.

"But he lost the car first time, then it kind of came back and at that time I think he was a bit too optimistic and he was thinking 'OK I can actually race again', like he thought that the car would stick and it will be fine.

"It would not have been ideal for his race but at least he would have not impacted or ruined mine and Nico's.

"It's always easier to have a look afterwards but probably there were other options which would have been better for him and also us with Nico." 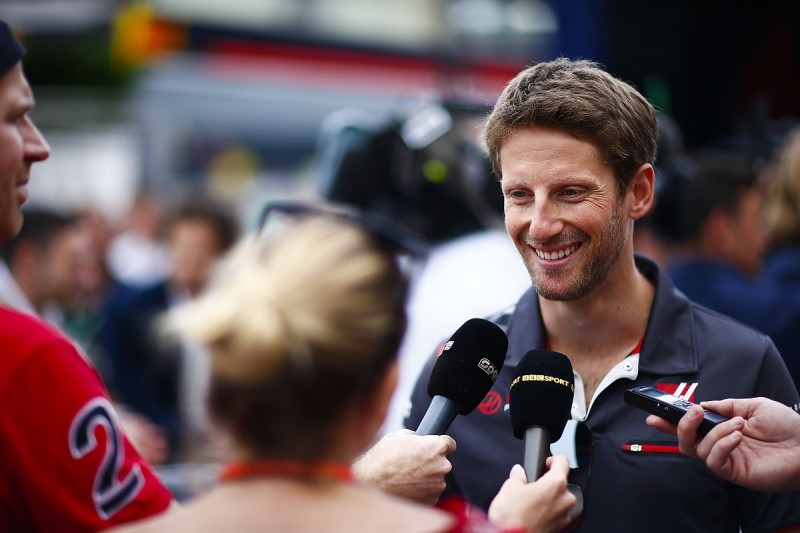 The Barcelona accident followed Grosjean crashing out of sixth place during a safety car period in the preceding race in Baku.

He has not scored a point since Suzuka last October but played down the severity of his current situation.

"I think you are making a big mountain out of a mole thing, I can't remember exactly the saying..." Grosjean said in Monaco on Wednesday.

"The last two races didn't go quite to plan. It happens sometimes that you go through a tough time.

"Barcelona was just unfortunate that I lost the rear end avoiding contact with my team-mate. That is it.

"The performance is there, the team is doing a great job, we don't have any points on the board but I am not too worried."