Gasly: Video discussing ’final details of contract’ not about F1 amid Alpine links

Pierre Gasly was “laughing” about a video clip that emerged of him mentioning “final details of a contract” amid links to Alpine, saying it was “nothing related to Formula 1”.

Autosport revealed last week at Spa that AlphaTauri driver Gasly had emerged as a candidate for a switch to Alpine following Fernando Alonso shock exit for Aston Martin in 2023.

Although Gasly has already been announced as an AlphaTauri driver for 2023 and has a contract until the end of next season, it is understood there is interest from Alpine to break the Frenchman out of his existing deal.

In a clip that emerged on social media in recent days from a Ferrari video, Gasly is seen walking with Charles Leclerc and George Russell to the drivers’ parade at Spa, and can be heard saying: “I’m still working on the final details of the contract.”

Many fans took this to mean this was related to talks with Alpine, but Gasly denied on Thursday at Zandvoort that this was the case.

“If you guys would have any idea of the subject we were talking about, you’ll probably laugh,” Gasly said.

“I can guarantee you, it was nothing related to Formula 1.”

Gasly said that Russell was talking about “marriage or a wedding thing” and that “you guys can figure out it wasn’t car-related.” In the clip, Russell can be heard saying the word “married” before Gasly’s comments.

Gasly admitted some of his friends had sent him the clip and that he was “more like laughing about it and quite impressed how a topic can be deviated from its origin”, calling it “funny”.

But Gasly remained coy when discussing the possibility of a move to Alpine, saying that “nothing has changed” for him since Spa.

“I said it last week, for next year currently, I’m contracted for AlphaTauri,” Gasly said.

“Everybody is aware of my contract situation. For now, nothing has changed.”

Asked by Autosport/Motorsport.com if Red Bull had spoken to him about talks in the background, Gasly replied: “I don’t feel like commenting anything for the moment.

“For now, I don’t feel like commenting anything. As long as I’m driving for this team, I’ll always give my 110%.” 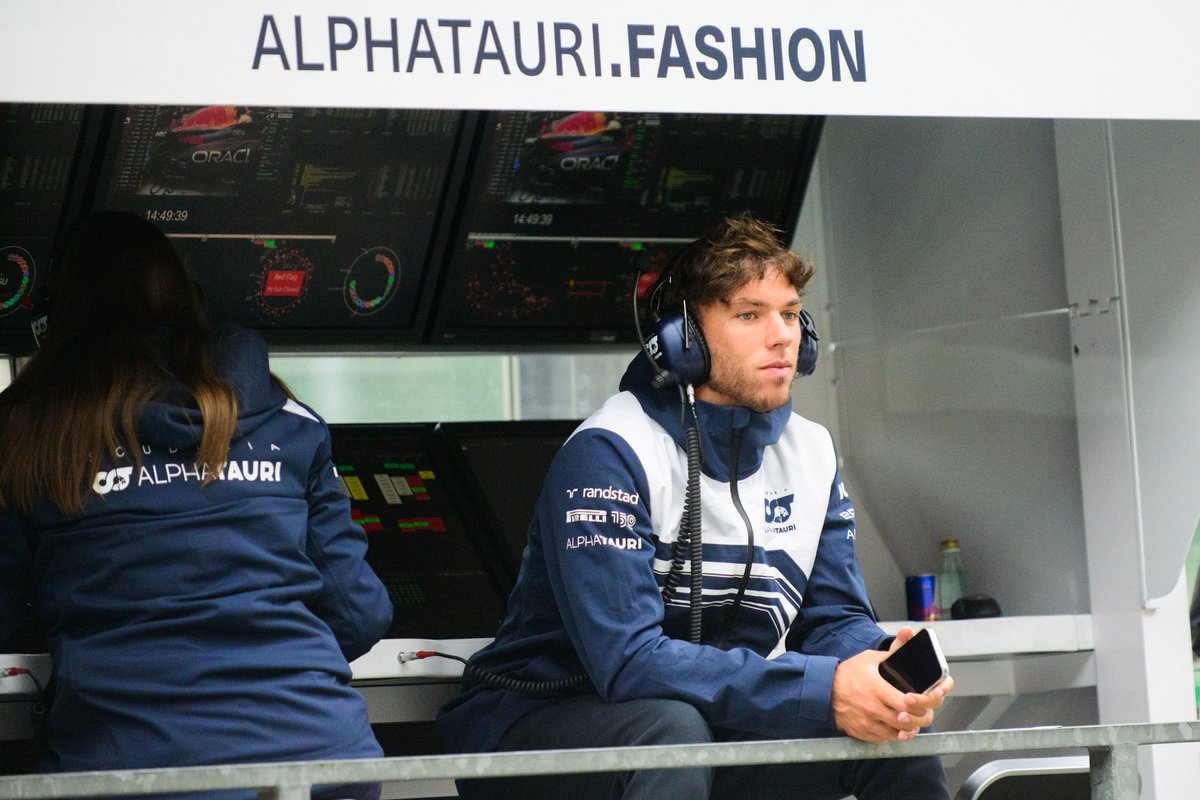 Gasly said the buzz around his future was “not affecting me or bothering me” and that he was used to being in the press spotlight.

“This is nothing compared to some of the things that I had to face earlier in my career,” Gasly said.

“You’re always in the press if it’s for good things, bad things, even some stories are made up from really funny conversations and you’re trending on TikTok without any reason.

Gasly has a strong emotional connection to AlphaTauri, which he joined when the team was Toro Rosso back in 2017 to make his F1 debut. Gasly scored the team’s second F1 win and first for 12 years at Monza in 2020, and has scored more points than any driver in its history.

But he said considerations for the future were “only performance-driven”.

“We’ve got only one career, and you need to make the best out of it,” Gasly said.

“At the end of the day, we sacrifice, work a lot towards one goal, to be the the best. That performance factor will always have the priority over the emotional side that you have, obviously.

“I’m someone who is emotional, I feel I connect to the people. This is a really important part for me. But the competitive mindset you have as an F1 driver is just on a different level.”