Pierre Gasly felt "quite surprised" to battle with Lewis Hamilton during Formula 1 testing in Bahrain, but is optimistic it will be easier to follow other cars this year.

F1's new technical era gets underway this weekend in Bahrain following an overhaul of the regulations which was designed to reduce dirty air and make it easier for cars to follow each other.

Drivers have given largely positive feedback so far about the changes, believing they have made it easier to follow after taking some opportunities in testing to run close to other cars.

On the final day of testing in Bahrain, AlphaTauri driver Gasly spent a number of laps scrapping with seven-time world champion Hamilton, giving both a chance to see what it was like running close to another car.

Gasly admitted he did not expect to have been able to fight Hamilton like that, but took heart from the scrap that the changes have been for the better.

"I was quite surprised to be fighting with Lewis for a couple of laps, it was entertaining," Gasly said.

"It was interesting also the follow and just to get some data and feeling following other cars.

"I think it's clearly better than last year, which makes me quite optimistic in terms of racing for the season.

"We know on our side we have quite a lot of work to do to improve the performance, improve the car balance."

Hamilton and Mercedes appeared to struggle through the second test in Bahrain despite bringing a number of updates for the W13.

Hamilton said he doubted Mercedes was in a position to currently fight for race wins. 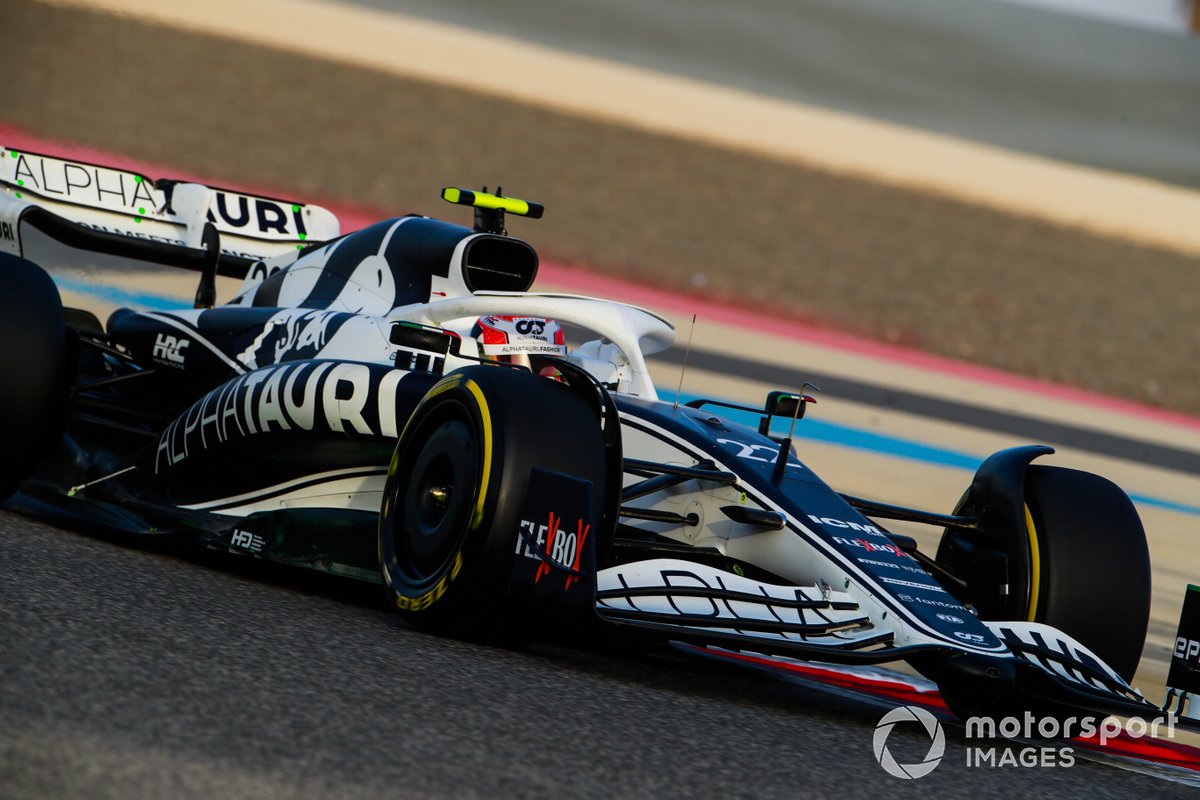 "Clearly you could see Lewis was struggling as well," Gasly said.

"They do have some work to be fighting right at the top. It's only testing, so it's part of the test and exploring how to get the best out of the car.

"In terms of racing, it was clearly an interesting few laps. Quite fun battles and yeah, I think it should make all the races quite exciting for you guys this season."

While Hamilton agreed that it was easier to follow other cars this year, he did note a couple of areas in which they felt worse than in 2021.

"I think everyone is sliding around," Hamilton said after his final test outing in the W13 last Saturday.

"We all seem to have got less grip than before, the tyres are worse this year. On the long run, it's physically a lot easier, what I found just there.

"But the positive, so far following behind another car looks a lot better, which is I think hopefully the right direction.

"I hope we can maybe get some better tyres at some stage, or maybe they work better in places it's not so hot, maybe.

"But yeah, I'm sure the car will progress through the year and get to a better place."

McLaren: F1 partner team limits have to be reviewed