AlphaTauri driver Pierre Gasly says it ‘wasn’t too hard’ to keep Lewis Hamilton behind him as they battled for position in Formula 1’s Emilia Romagna Grand Prix.

Hamilton had got dumped behind Gasly after the mid-race switch to slicks, having lost some time when Alpine’s Esteban Ocon was released in to his path on the way out of the pits.

But despite Hamilton appearing to have an overall pace advantage over Gasly ahead of him, the Mercedes driver was unable to find a way past the Frenchman as he did not quite have the straightline speed to drag past on the run to Turn 2.

He was also not helped when DRS was activated, as Gasly could benefit from having the overtaking aid as well thanks to sitting in the wake of Williams driver Alex Albon ahead.

Reflecting on their lengthy battle, Gasly said that both of them were pretty much trapped – as he was as powerless to find a way past Albon, as Hamilton was to make a move on him.

“So yeah it wasn't a particularly exciting race and quite frustrating. Even with the DRS, we were not able to make it round and try to set ourselves up for a move. 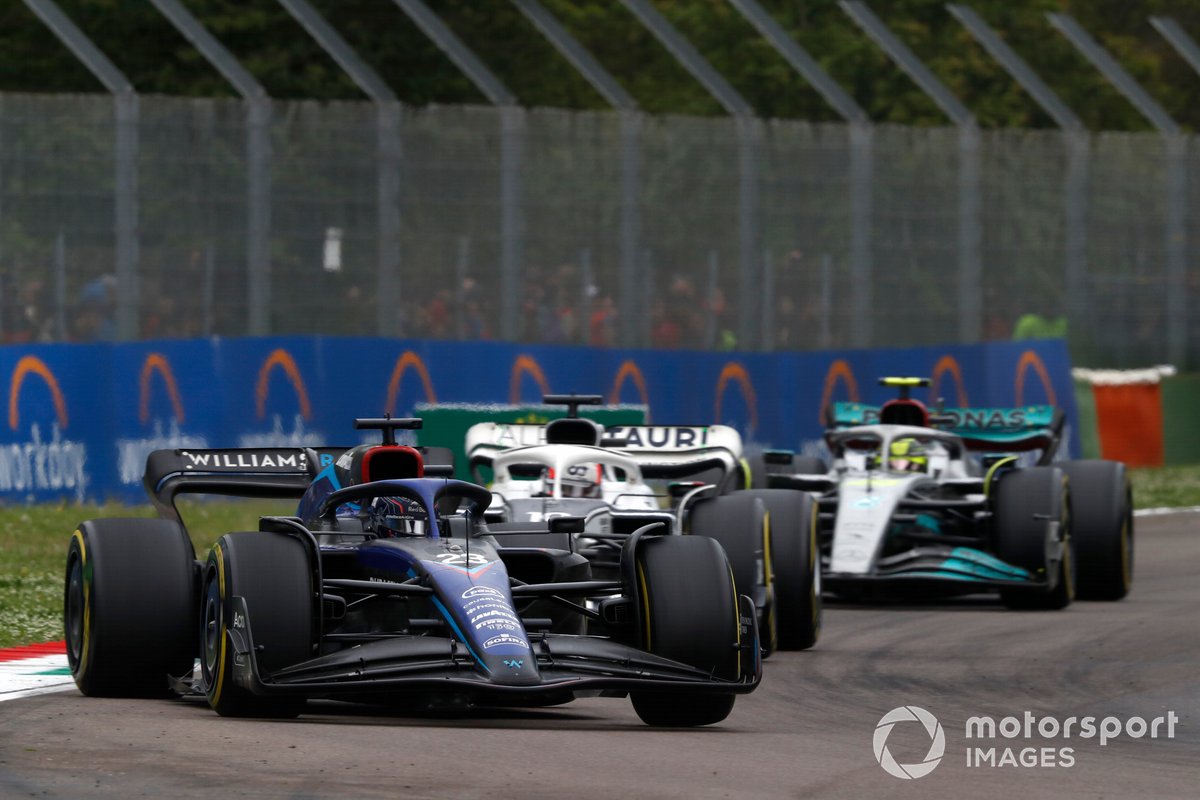 “We know when you have a bad qualifying – we made a mistake in quali – and when you start from the back, it's always extremely difficult. And I think we paid the price this weekend.”

Asked if it was actually easy to keep Hamilton back, Gasly said: “Well, I would not say easy, but it wasn't too hard.”

The battle between Gasly and Hamilton brought back memories of last year’s Monaco Grand Prix, where the Frenchman spent the entire race fending off the seven-time world champion.

Remembering the events of that day, Gasly smiled: “Unfortunately for him he always gets stuck behind me on tracks where it's extremely hard to pass."

“But I think I was as frustrated as he was, you know? Just for whatever reason, even with the DRS, this year was very tough to pass here.”