Red Bull team principal Christian Horner says that he is having no second thoughts about the team's current driver line up in Formula 1, despite Pierre Gasly's impressive recent form

Gasly has had a run of good results for AlphaTauri and has scored 16 points more than team-mate Daniil Kvyat, while the Frenchman is also currently ahead of Ferrari's Sebastian Vettel in the standings.

With Red Bull's Alex Albon having had some early season difficulties, some have speculated that the pace of Gasly could be enough to prompt an internal driver swap again within the energy drinks company's teams.

Gasly was demoted to Toro Rosso 12 months ago after a difficult start to the 2019 campaign, with Albon being moved to the main team after just half a season in F1.

But Horner is clear that the outfit is fully satisfied with the job that Albon is doing, and believes Gasly is being helped by a car that is relatively easy to drive.

Asked about Gasly, Horner said: "I think he's performing well in the environment that AlphaTauri give him.

"I think the car is a good car this year, and I think it's an easier car perhaps to drive than our car has been at times. 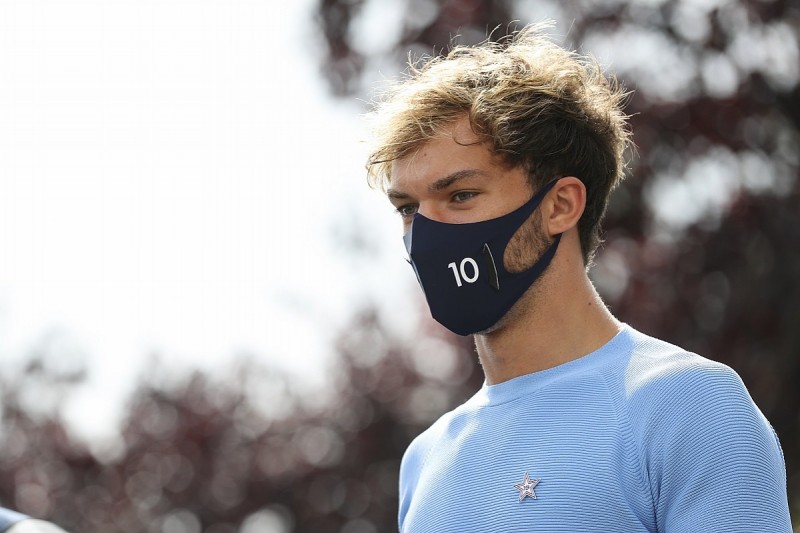 "But I think Alex, his performances on Sundays have been very strong. He drove another good race [in Belgium]. His defending, his overtaking, and his attacking is always strong, and I think we're going in the right direction.

"So I think it's good to see Pierre getting back up to speed, which is why he's still on the programme. But we're happy with the way things are."

Horner is clear that the progress that Albon has shown in getting to grips with the tricky RB16 has been encouraging, and his points-scoring ability is a welcome boost to its constructors' championship hopes.

"I think Alex has had a very solid weekend [in Belgium], so he's now up to fourth in the driver's championship," said Horner, who believes Red Bull's bigger issue is that Mercedes keeps winning.

"It's obviously just frustrating when it's the same two cars that you're competing with, and it's the same one winning every weekend. But we are working hard to try and change that at some point."

Binotto: Ferrari could take years to recover from poor form in F1