AlphaTauri Formula 1 driver Pierre Gasly says an article he wrote about his recent experiences on and off track has “closed the chapter” on a turbulent period in his career.

The Frenchman shared how he was deeply affected by the death of his close friend Anthoine Hubert in a Formula 2 crash at Spa in 2019, their shared rise through the ranks and his feelings of returning to the scene of the accident for last year's Belgian Grand Prix.

He also discussed his feelings of not being supported by Red Bull Racing and subsequent demotion to Toro Rosso in 2019, and the emotions surrounding his breakthrough victory with the renamed AlphaTauri team in the 2020 Italian GP.

Gasly collaborated with a journalist for the article on the Players’ Tribune website, which he approved prior to publication.

He said that his well-received story, written during the off-season, had been the culmination of "a lot of things that I wanted to share" and that unburdening himself had been a "weight off my shoulders".

“I got a lot of feedback from many people, other athletes, journalists, fans, also from Anthoine's family,” Gasly said.

“That's just what I felt and the way I wanted to express myself. At the end of the day, we're all humans, I think sometimes it's a bit forgotten in the sport and it's good to remind it.

“I did it in the off-season, so it came out now. It was something that I discussed with people from my team.

“It's obvious these are things that we discussed a lot in private, and then certain things that I think and I feel and sometimes can be misunderstood from the outside world. 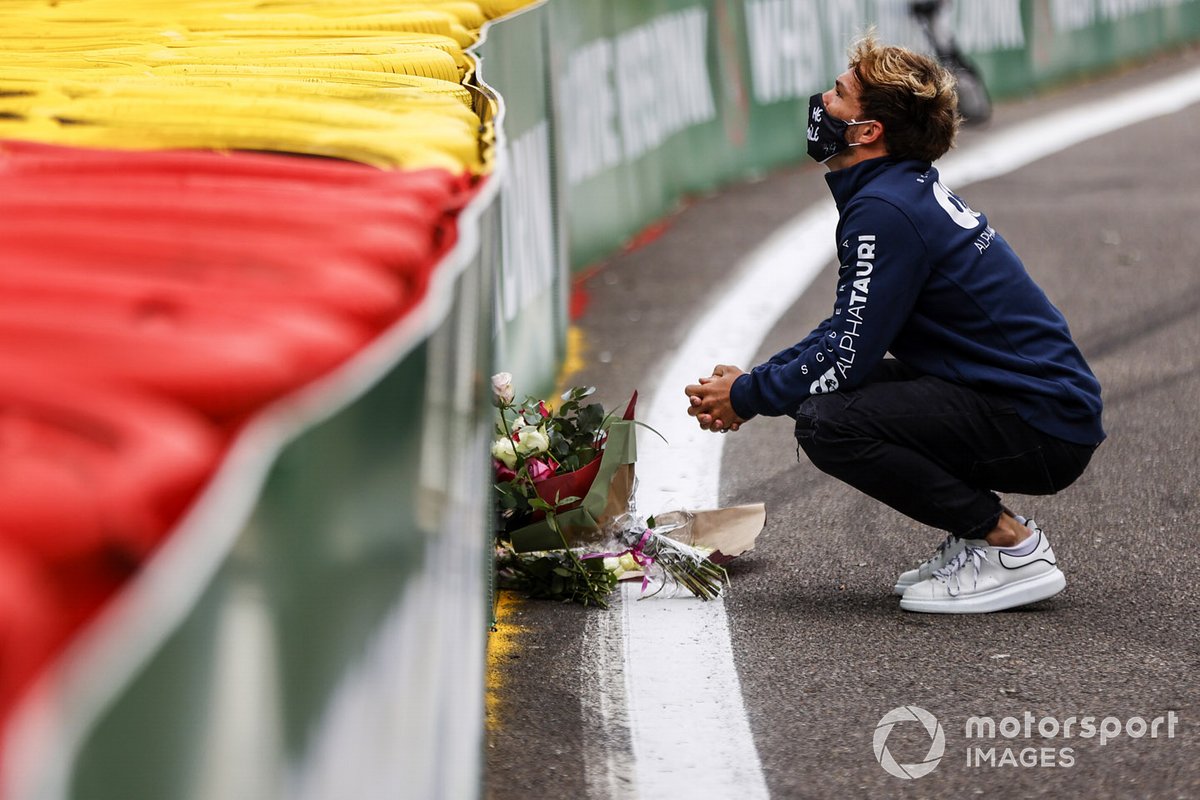 “There were a lot of things that I wanted to share. I think everything that I've shared was quite fair. And also the emotions that I've shared were mine. And sometimes it's just easier to say things writing than talking.

“That was important to me. Now at least I feel that I've closed the chapter and I feel personally good to move forward and move on from that chapter. It's a closed page for me.”

Gasly admitted that it wasn’t easy to publicly express his thoughts on a period that "I will not say it is the most pleasant moment of my life" and had "really shaped me in who I am today".

"Even if it was tough, I never gave up, I always had a clear idea of what I want and what I want to achieve in this sport," he said.

“And it probably helped me in the end. So that's the good thing out of it. I feel better now. And yeah, that's a way I wanted to express myself.

"I don't want to go into more details. I think I've done most of the things and the things I wanted to share about that story.”

Gasly also figures prominently in an episode of Series 3 of Drive to Survive that covers his Monza win, which he said was "a great motivation before the season to remember such a special moment".

“I feel like really pumped up after watching it and I'm really excited to get the 2021 season going," he said.

"They say Netflix always bring you bad vibes. I guess the vision has been changed now!”