Pierre Gasly will race until next May with the threat of a one-race ban hanging over him after picking up a Formula 1 penalty point in the Mexican Grand Prix.

The point took his running 12-month total up to 10, just two short of the figure that automatically triggers a suspension for one event.

His first points were logged in the Spanish GP on 22 May – which means under the current rules he won’t lose any from his total until after next year’s Emilia Romagna GP, the seventh round of the 2023 championship.

Gasly has become increasingly frustrated with officialdom in recent weeks, having been penalised for speeding under the red flag at the Japanese GP, and for leaving too big a gap behind the safety car in Austin.

He raised the matter of the harshness of the penalty points system in Friday’s drivers’ briefing prior to the Mexican GP.

He subsequently picked up a further point in Sunday’s race after being deemed to have left the track and gained an advantage when battling with Lance Stroll. He received a five-second penalty, as well as the point.

Gasly was clearly frustrated after the Mexican race having fallen foul of the FIA yet again, and after learning about the penalty point he even took a moment to gather his thoughts before speaking to the media.

He was particularly frustrated that he wasn't told to give the position back to Stroll.

“I’m a racing driver, and if I see a gap I will go for the gap,” he said when asked about the Stroll incident by Autosport.

“And if you are not happy about it, tell me to give the position back, and then I will try again. I wasn’t given any comments, so that is a shame.”

He added: “They just need to say it on the radio and that is what they have done in the past, but for some reason, not this time.” 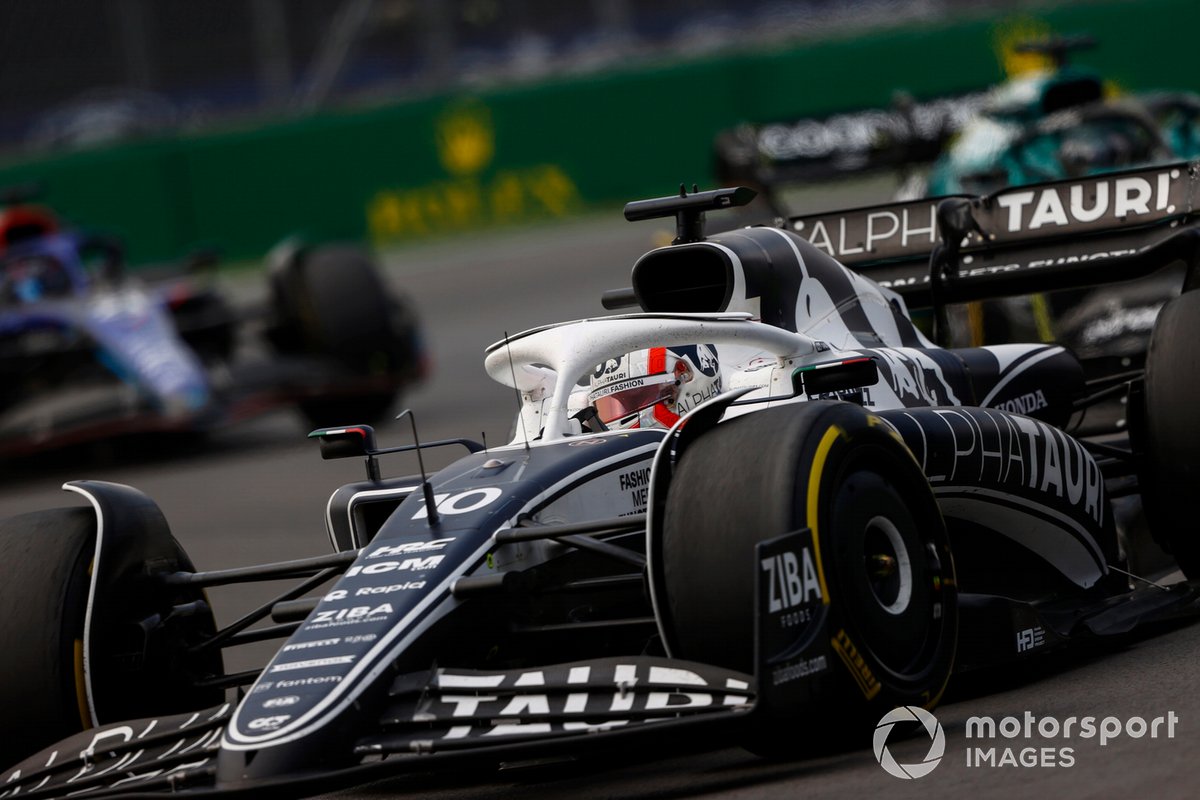 Asked if he had to change his approach Gasly said he will speak to officials at the next race in Brazil.

“They [the stewards] seem to be quite harsh lately,” he said. “Last weekend half the grid was giving too much space behind the safety car, and I was penalised.

"This weekend I think it was quite tight, and I don’t know why I wasn’t really given a message to give the position back.

“At the end of the day I try my best inside the car, and the last thing I want is to get stupid penalty points and lose race time.

"Apparently at the moment they are not happy with what I’m doing, so I will have a discussion to understand exactly what I have got to change.”

Earlier in the weekend Gasly indicated that the discussion he initiated in Friday’s drivers’ briefing discussion about penalties had been a positive one, even suggesting that the points system may be adjusted by the FIA – possibly in time to save him from a race ban in 2023.

“It was not just the penalty points, because obviously I'm quite close to being banned for a race,” he said when asked by Autosport about the briefing debate.

“But in my opinion, I don't feel like I've been that dangerous over the last 12 months, and it would be a shame to get a race ban for slowing down a bit too much behind the safety car and a couple of track limits this year.

“So I think they're working on it and probably for next year, there are going to be changes. That's good to hear.”

On 10 October, Gasly lost two penalty points earned for causing a collision with Fernando Alonso at the 2021 Turkish GP. This year he also received two reprimands for bollard offences in Canada.

Plus
Plus
Formula 1 16 min
Jonathan Noble