Pierre Gasly avoided adding to his Formula 1 penalty points tally after receiving a warning for driving too slowly, while Lewis Hamilton was cleared for a start infringement at Interlagos.

Gasly was among six drivers summoned after the 24-lap sprint race that set the final starting grid for the Brazilian Grand Prix for various incidents.

Gasly was alleged to have driven too slowly during his reconnaissance laps to the grid, not meeting the maximum time set by race director Niels Wittich in his event notes.

But Gasly only received a warning for the incident, explaining during the hearing that there were people on the grid before the safety car line where the final reading was taken.

It means Gasly stays on 10 penalty points for the year, two shy of a race ban. His tally will not reduce until next May, leaving him on the brink well into the start of his career with Alpine.

Mercedes driver Hamilton faced a post-sprint investigation from the stewards along with Daniel Ricciardo and Zhou Guanyu for an alleged start procedure that was noted by race control during the race.

The stewards said during the sprint they would investigate the matter after the race had finished, but deemed that no further action was necessary. 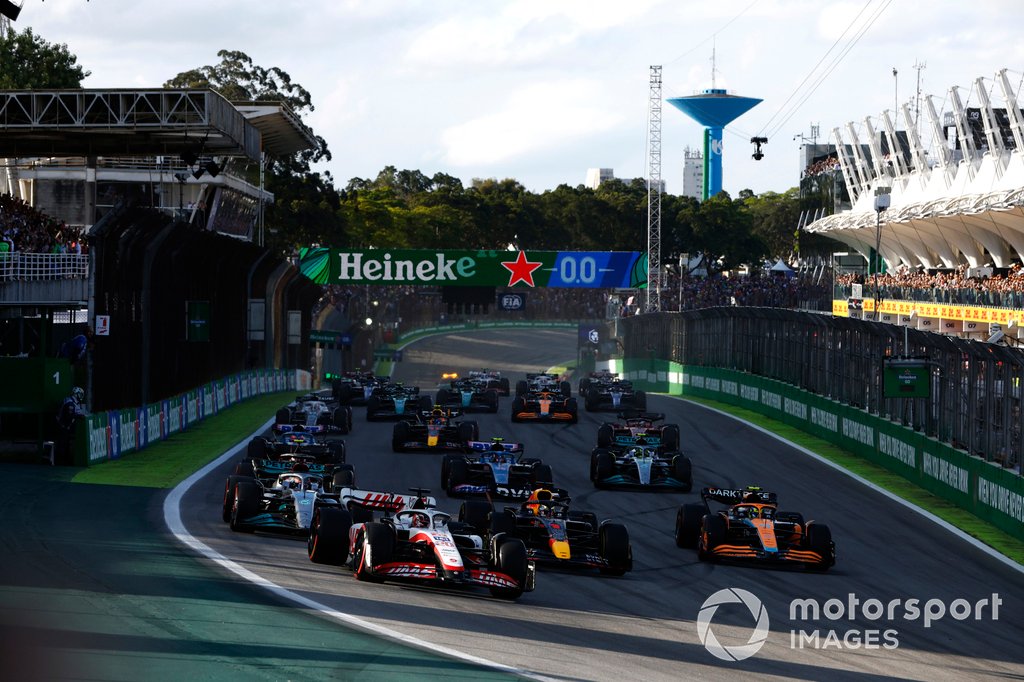 “The Stewards reviewed the start sequence, as it was observed that multiple cars were potentially out of their grid box in violation of Article 8.6.1.a) of the FIA International Sporting Code, being either to the left or right of the grid box,” the stewards said.

“Having reviewed all available angles of video, and making measurements on the grid, the Stewards noted that the grid boxes were slightly smaller than usual and that the drivers’ visibility makes compliance extremely difficult and that no driver was in a position that gained any advantage.

“The Stewards are therefore satisfied to take no further action.”

It means that Hamilton keeps second place on the grid for tomorrow’s race after Carlos Sainz’s five-place drop for an engine change on Friday is applied, while Ricciardo and Zhou retain P11 and P13 respectively.

The stewards have confirmed that Lance Stroll received three penalty points for driving in a dangerous manner when forcing Aston Martin team-mate Sebastian Vettel off-track, coming in addition to his 10-second time penalty that was applied during the race.

It takes Stroll up to eight penalty points for the last 12 months.

Plus
Plus
Formula 1 31 min
Jonathan Noble