Pierre Gasly says Sebastian Vettel’s move for fifth place at Formula 1's Monaco Grand Prix was "really hard" but "fair", but could have "ended up in the harbour".

Vettel fought through to score his first points of the season in Sunday’s race in Monte-Carlo, jumping both Gasly and Lewis Hamilton in the pitstops to grab fifth place.

The Aston Martin driver came out of the pits side-by-side with Gasly up Beau Rivage before eventually getting the move completed at Massenet.

Gasly explained after the race that he went to speak to Vettel about the fine margins involved in the move, but acknowledged it was a fair overtake.

“Honestly, I went to see him and I told him there wasn't one more centimetre he could have squeezed,” Gasly said.

“You know going up the hill it's not really straight. It’s actually like turning a bit, and I was hoping for him to give the space, but until I got there I didn't know.

“It was pretty close. It was tight, really hard racing, but still fair. We still made it.

“I think if I would have been a bit more aggressive, we would probably both ended up in the harbour, so yeah I'm glad we came out of it.”

Explaining the overtake from his view, Vettel admitted it was “very tight” to get the move completed and avoid contact.

“You don't see much, and he was in the dead angle, the blind spot where I can't really see him,” Vettel said. 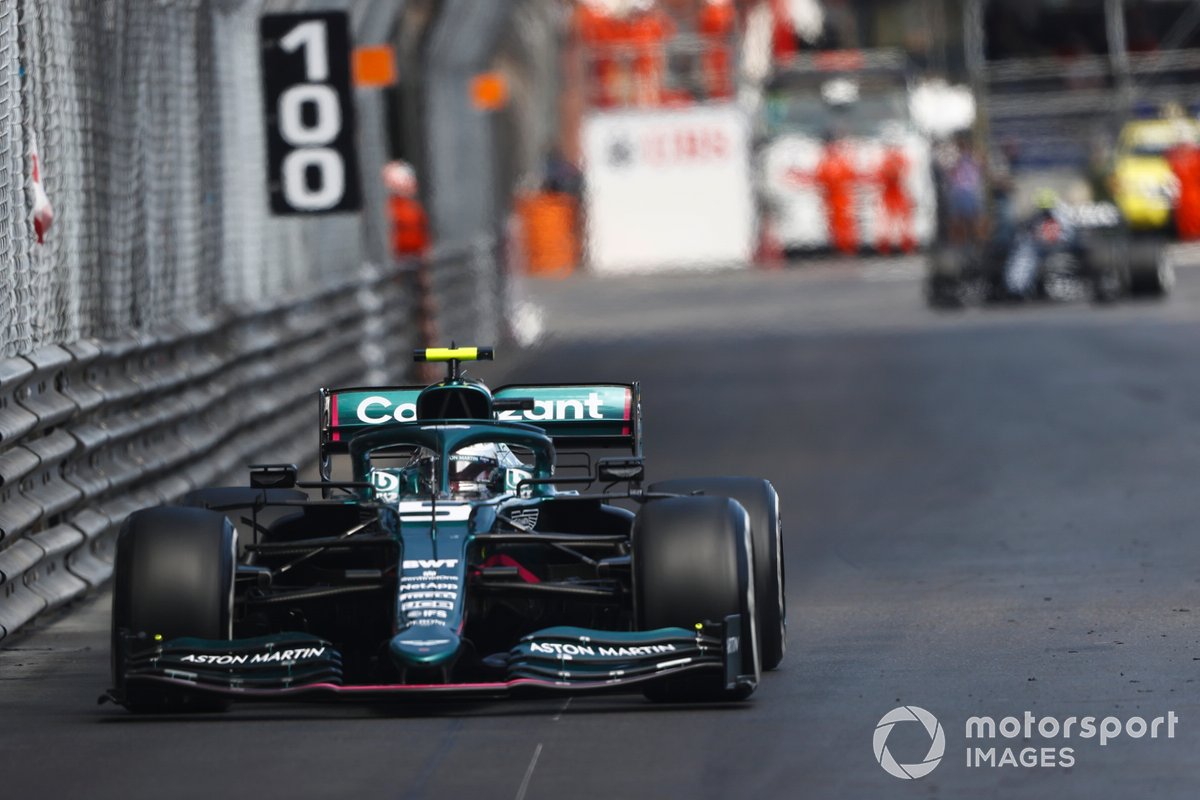 “I quickly spoke with him and he said he didn't know if I saw him and if I will give him room. I gave him room, but I also had to go in the pickup.

“I had fresh tyres, so just enough, I guess, and I was just that quarter of a car to half a car in front, which made the difference.”

The result nevertheless marked Gasly’s best finish of the 2021 season so far, helping to lift AlphaTauri above Alpine to sixth place in the drivers’ championship.

“It was our best qualifying of the year yesterday with the sixth position, and today is our best race result as well, so I’m pleased,” Gasly said.

“You know, it was quite intense with Lewis [Hamilton] right behind us for 78 laps so we could not do any mistakes. He boxed and put the pressure on us, we had to cover him, and kind of gave free track for Vettel and [Sergio] Perez which overcut us.

“So we’ll have to review that, but generally I think I'm pretty pleased with the step we made this weekend and be back right at the front.”