Mercedes has updated the heave spring element of its front suspension and, having trialled it in the Formula 1 race in Singapore, will retain it for the Russian Grand Prix 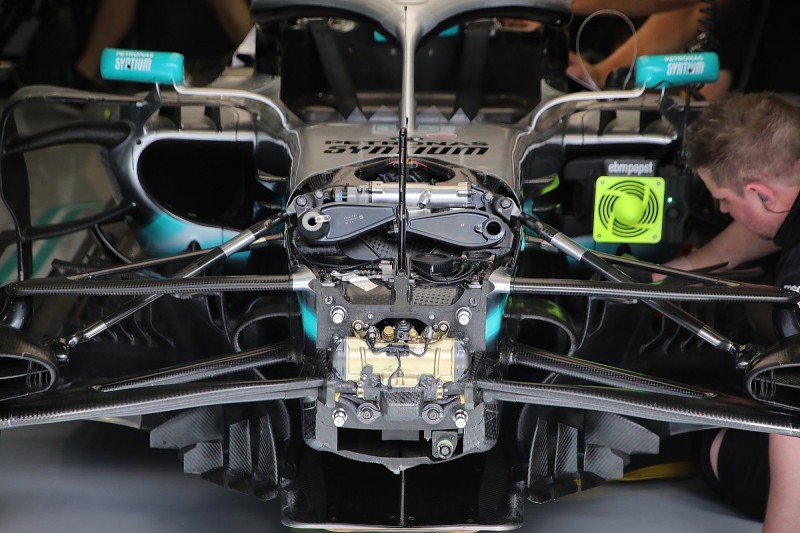 Why Red Bull might regret setting the Friday pace