Autosport has learned Alonso will take his sixth internal combustion engine of the season, as well as an eighth turbocharger, eighth MGU-H and sixth MGU-K ahead of Saturday's final practice session.

As they all exceed his allocation, the changes will incur a 25-place grid penalty.

That will be added to the five-place grid penalty the McLaren driver received for taking a new energy store ahead of Friday practice at Silverstone.

It is not clear whether the MGU-H Honda has fitted is current spec or a new part that includes a fix for the failure Alonso encountered in Austria.

Honda has been working on creating a countermeasure since sending the part back to its Sakura headquarters after last weekend's Austrian Grand Prix, but faced a race against time to get one ready in time for the Silverstone round.

It had been expected Honda would take penalties at Silverstone rather than at the next round of the season at the Hungaroring, where it expects a stronger result and would therefore be worse affected by any grid drop.

Alonso ended second practice ninth quickest, 1.742 seconds off the pace, with team-mate Stoffel Vandoorne half a second back in 16th. 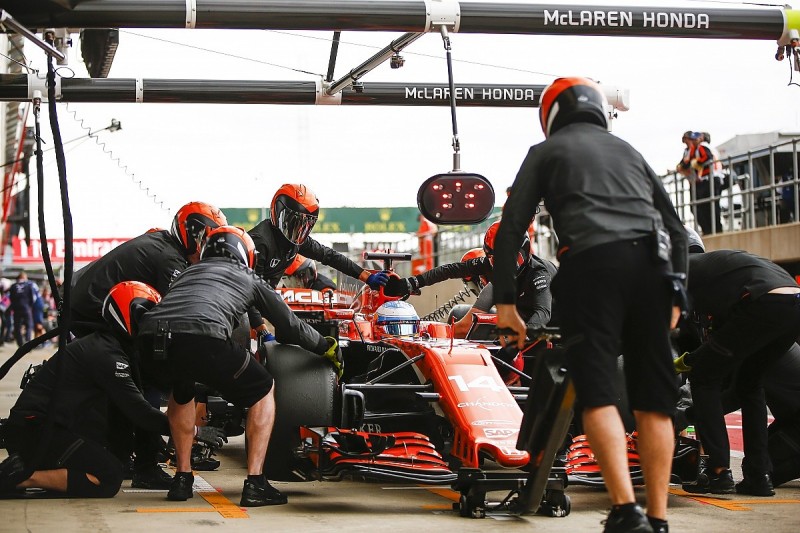