Lewis Hamilton wants his 2021 Formula 1 battle against Max Verstappen to be decided “the right way” and avoid a repeat of Ayrton Senna and Alain Prost's Suzuka title-deciding clashes.

Hamilton trails Red Bull rival Verstappen by 12 points heading into the final five races of the season as he chases a record-breaking eighth world championship.

Hamilton and Verstappen have crashed together twice this season – at Silverstone and at Monza – amid one of the most intense title battles F1 has seen in the past decade.

Comparisons have been drawn to the fierce battles between Senna and Prost in 1989 and 1990, with the title being settled in both years by a late-season crash between the two drivers in the Japanese Grand Prix.

In an interview with UK tabloid newspaper the Daily Mail, published last weekend, Mercedes F1 boss Toto Wolff said that if Hamilton and Verstappen were racing each other for the title at the final round in Abu Dhabi, “whoever is in front is absolutely going to try to do the same as in the Senna/Prost years”.

Wolff added: “I would never give the instruction to crash into anyone else. But if they go to that last race and whoever is in front wins the championship, they will be racing each other, hard.”

Hamilton was asked during Thursday’s FIA press conference in Mexico if the thought a Senna/Prost-style decider could happen this year, but made clear he wanted to win the championship the right way.

“I haven’t read what Toto has said, but I highly doubt that he would insinuate that would ever be the case,” Hamilton said. 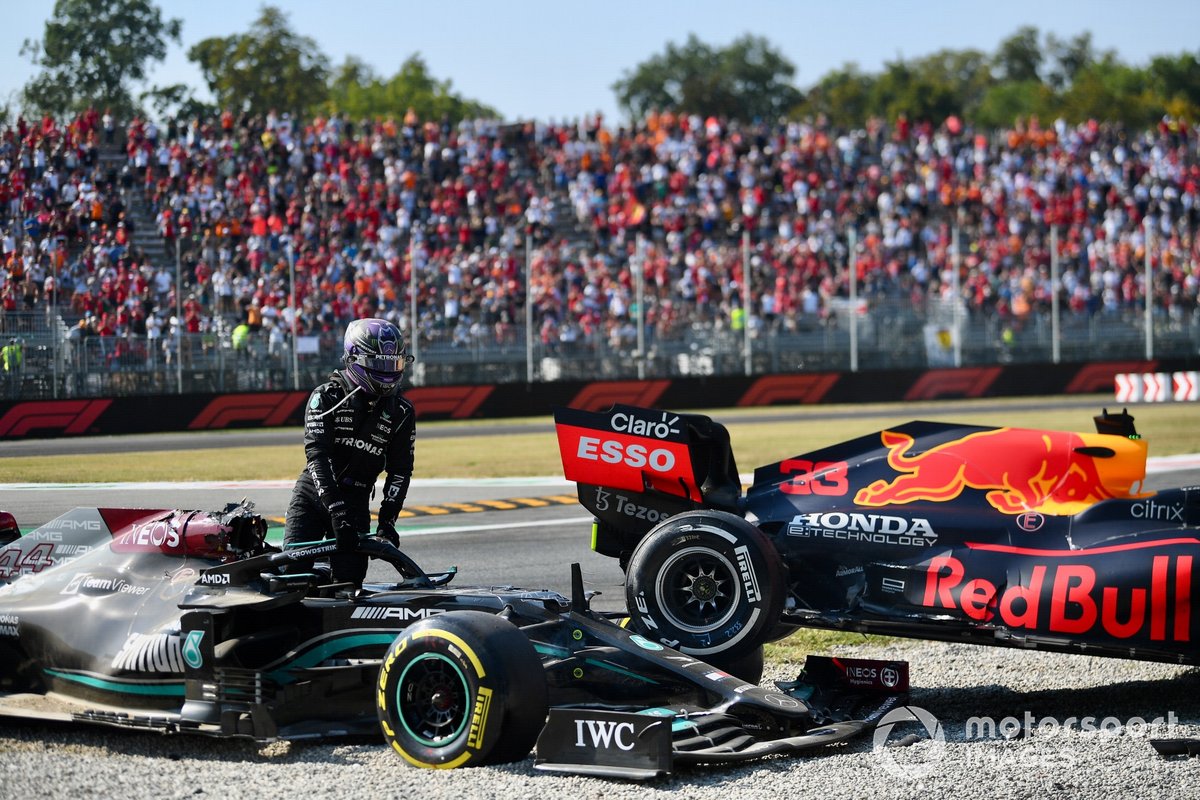 “I’m here to win in the right way, and that’s through sheer skill and determination and hard work.”

Hamilton said that he and Verstappen had been “racing hard all year” and that it was making it “the most exciting season since God knows when”, adding that he wanted to keep things fair in the final stages of their battle.

“You know how I’ve won my championships in the past,” Hamilton said.

“That’s all you can do, is give it your all and work as hard as you can with your team. If it doesn’t work out, then you live to fight another day.”