Proposals for simpler engines with more standardisation drew criticism from Ferrari and Mercedes when they were announced earlier this month.

"I think the most important thing we can do is make the business model for owning a team much better," said Carey.

"Today when I talk to some of the entities that you'd like to have in the sport, or think about being in the sport, they'll end up saying, 'It either costs too much, or if we're more disciplined on what we spend, we're competing at the back of the pack - if those are our two choices, that isn't that attractive'.

"That's why we're pursuing cost and engine initiatives that will still have differences in the cars, each car is unique, but the competition is more balanced, and the economics are more predictable.

"If we can create our business model it will benefit our existing teams, but I think it will make it much more interesting to an array of potential new entrants." 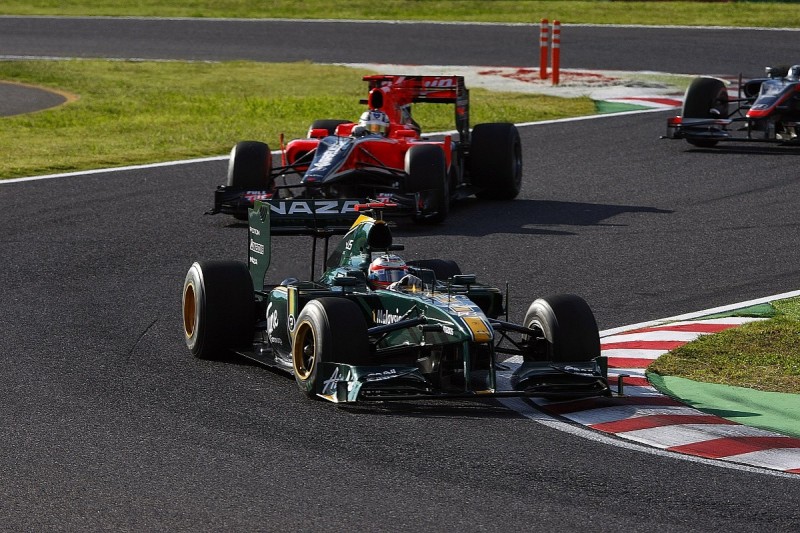 F1 managing director of motorsport Ross Brawn has pledged to persevere with the engine changes but also said Liberty will try to address the concerns of the current manufacturers.

Carey also acknowledged there will have to be compromises.

"In the past it was a little bit every man for himself, who could lie, cheat and steal the other guy," he said.

"It made the business 'one plus one is one and a half'.

"We want to have competition on the track, but a shared vision of where we think and want this sport to go, and bring everybody along with us.

"Obviously there will be differences, we've got to find the right compromises, but we can make one plus one equal three.

"We have teams today that pay the better part of half a billion dollars per year for two cars on the track.

"It doesn't deliver any value for fans, it's done to compete with the other guys.

"We're pursuing initiatives on costs, engine, aerodynamics, others, and we'll have a unique opportunity to both improve the competition and make the economics much better.

"We want this to be a profitable business for the teams, and we obviously want to get our share of that improved profitability.

"It makes it healthier for the teams, and it certainly makes it more attractive for teams coming in."

Carey cited 2020, the year before the mooted new engine rules, as a deadline "to have the sport on track to being everything it can".

He also said legal and financial executives who have stayed on from the Bernie Ecclestone era have helped avoid "booby traps left behind by Bernie".