Sebastian Vettel thinks it would have been "ignorant and stupid" for Formula 1 not to introduce the halo, with the FIA knowing it can help save lives

The decision by the FIA to make the cockpit protection device mandatory from 2018 has led to a backlash from several grand prix drivers, as well as fans.

Four-time champion Vettel says that the fact that it could have prevented Justin Wilson's death in an IndyCar race in 2015 is reason enough to support the governing body's stance.

"There should not be a doubt in your mind about whether to introduce it or not," said the Ferrari driver.

"If you offer the system as it stands, with the power it has to give it us protection, offer that to Justin Wilson some time ago, he would take it.

"We would be happy to to take it, to help save his life.

"We cannot turn back the clock but knowing that something is there that helps us in certain scenarios, it would be ignorant and stupid to ignore."

The FIA has suggested the appearance of the device will be improved when it is introduced in its final form next year.

McLaren's Fernando Alonso said if "extra protection on our heads could save one life" then that makes it worthwhile, even at the cost of how the cars look.

"I unfortunately lost some friends, some colleagues, in my journey in single-seaters," he said.

"In terms of aesthetics it's difficult to please the entire world and that will never happen.

"I remember 50 years ago Formula 1 didn't have seatbelts.

"These days, with social media and all that stuff, people will start saying 'Formula 1 should be with no seatbelts' because the drivers are moving and this is the DNA of Formula 1.

"This is not true.

"If there's a device that improves safety, let's put it on and then let's take care about the aesthetics in the future." 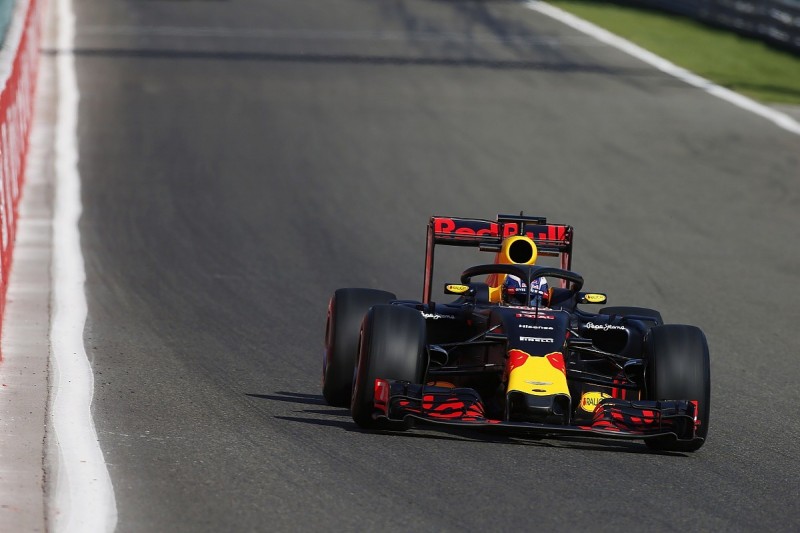 Daniel Ricciardo disagreed with the suggestion the halo removes some of the danger associated with F1's appeal.

"The danger for sure gives it excitement, but for me the danger is not getting hit in the head with a wheel," said the Red Bull driver.

"The danger is pushing the car to the limit and nearly crashing on every corner on a street circuit - and knowing if you go for an overtake you might end up crashing because maybe the gap disappears at the apex."

Romain Grosjean complained that the halo made him feel sick when he tried it last year, and his Haas team-mate Kevin Magnussen said it could impair visibility.

"It's purely for safety and I think it's a good thing.

"If we can avoid one serious accident because of that, I think it's the price to pay for sure."