F1's technology partner Tata trialled two live 360-video cameras at the Marina Bay circuit to see if there was scope for them to be introduced as part of the regular television feed in the future.

One of the new cameras was placed in the paddock, while another was put next to the track at the famous Anderson Bridge.

Tata wanted to trial the cameras and check on its data transfer capabilities because live 360-degree feeds have proved a big challenge for sports to introduce due to a lengthy delay before the images can be processed.

That delay, which can be up to 30 seconds, is caused by the 360-degree footage requiring up to five times as much data per image as a normal high definition camera.

Working with F1's commercial right holder, Tata hopes that soon the cameras can be used in the pitlane and trackside as the first step to them actually being fitted to cars. 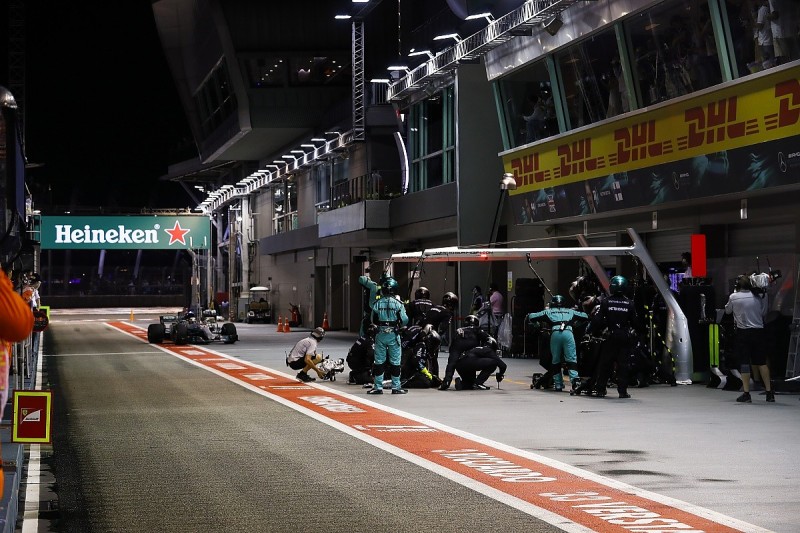 John Morrison, F1's chief technical officer, said: "We've done this test to show how a fan could watch Lewis [Hamilton], or Sebastian [Vettel] or any other drivers drive coming into the pits on TV, grab their tablet and get a second, completely in sync 360 degree view of everything going on around him while he is there - not 30 seconds after he has driven off!"

Tata has often used the Singapore GP to trial new technology, including ultra-high-definition feeds and 'over the top' internet broadcasts in recent years.