Formula 1 will revive its pedal camera after more than 20 years when it conducts a trial on Lando Norris’s car during opening practice for the British Grand Prix.

F1 has not installed a camera in the footwell of a car since the Belgian Grand Prix in 2000 when it was placed in the Arrows of Pedro de la Rosa, but the technology has roots dating back to 1993, when it was used on Ukyo Katayama’s Tyrrell.

The move is set to give fans a chance to see how Norris works the pedals around a high-speed lap at Silverstone, acting as a first trial by F1. The footage will be broadcast live during FP1, with the hope of then rolling out the technology to rest of grid in the coming races.

“This is another in a line of innovations we have introduced to our broadcasts that bring fans closer to the action,” said Dean Locke, the director of broadcast and media at F1.

“F1 drivers are completing a number of complex tasks simultaneously at speeds of up to 200mph during a race, and this camera angle – alongside innovations such as helmet cam - will help our fans to understand the challenges of being in the cockpit. 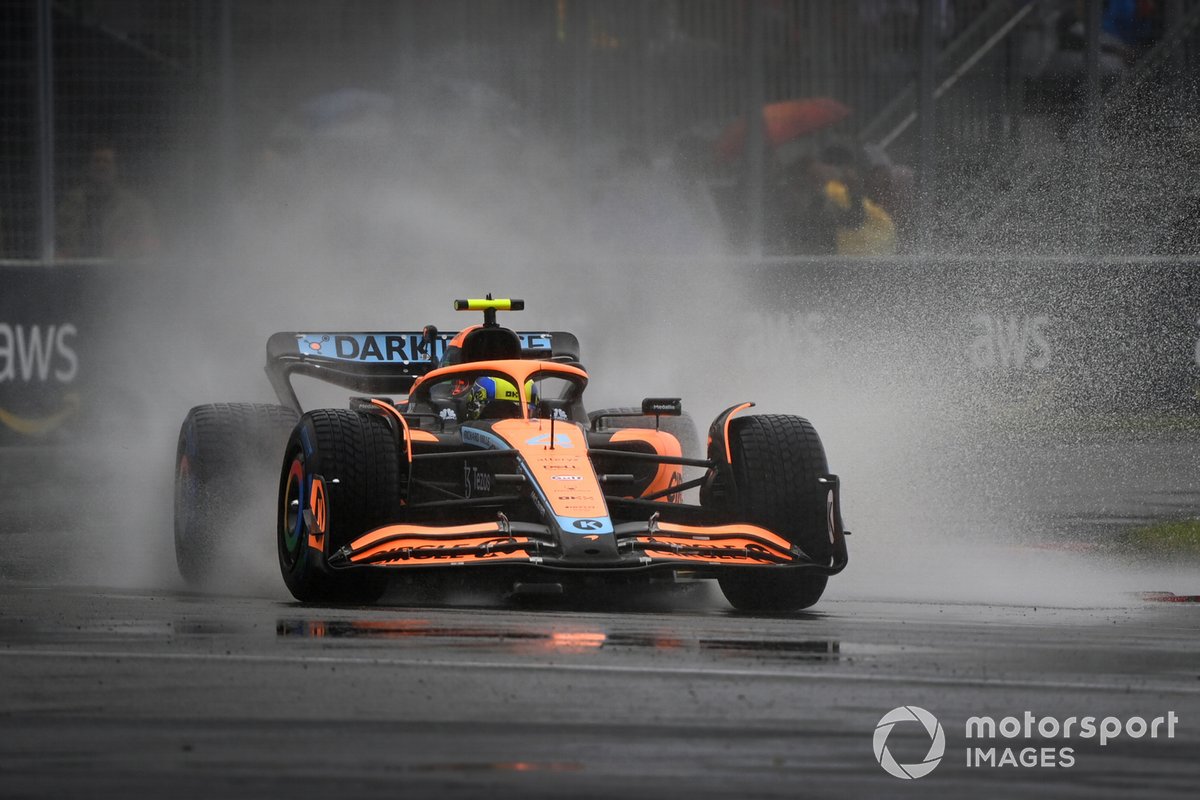 “Having this on Lando’s car at his home race is something we are very excited about and we hope his fans, and all fans at Silverstone this weekend enjoy the unique insight.”

So far this season, F1 has been focusing on rolling out the helmet cam after it won great acclaim in the early part of the year, particularly during Charles Leclerc’s fight for victory with Max Verstappen in Bahrain.

New drone cameras were also trialled across the Spanish Grand Prix weekend in a bid to give alternative angles from overhead compared to the traditional helicopter shots.

A more recent usage of pedal cam came earlier this year when AlphaTauri fitted one during Pierre Gasly’s filming day at Misano, driving the AT-03 car.

Earlier on Friday ahead of the start of practice at the British GP, Northamptonshire police issued a statement claiming it had gained "credible intelligence" of potential disruption to Sunday's race from protesters.