Marcus Ericsson had a huge crash during practice at Monza when he lost control under braking due to his DRS flap not closing properly and he had also had a DRS-induced crash at Silverstone earlier this year.

Sauber implemented a "small" fix that the FIA was content with and Renault's Carlos Sainz Jr had suggested that DRS had become dangerous.

Whiting is keen to ensure repeats do not happen and has called a meeting to go over potential DRS problems.

"We've got a technical working group meeting on Thursday, and we're going to discuss that,"he said when asked by Autosport. "We checked a lot of DRS systems on the cars after qualifying, to make sure that none of them could do what the Sauber's did.

"Theirs effectively had a stop but the stop was easy to override, and it could go over the centre and when it closed - when the driver brakes or goes off the throttle above a certain threshold - it's slow to close because it has gone over the centre.

"They [Sauber] put these stops in it to make sure it couldn't happen again."

Nico Hulkenberg also had a DRS-induced problem in the final practice at Monza with his device sticking in the open position and forcing a rear-wing change for qualifying.

"It's not uncommon when you see a failure of the actuator, I expect," said Whiting. "It happened to Kimi [Raikkonen] in Spa, after accident damage of course." 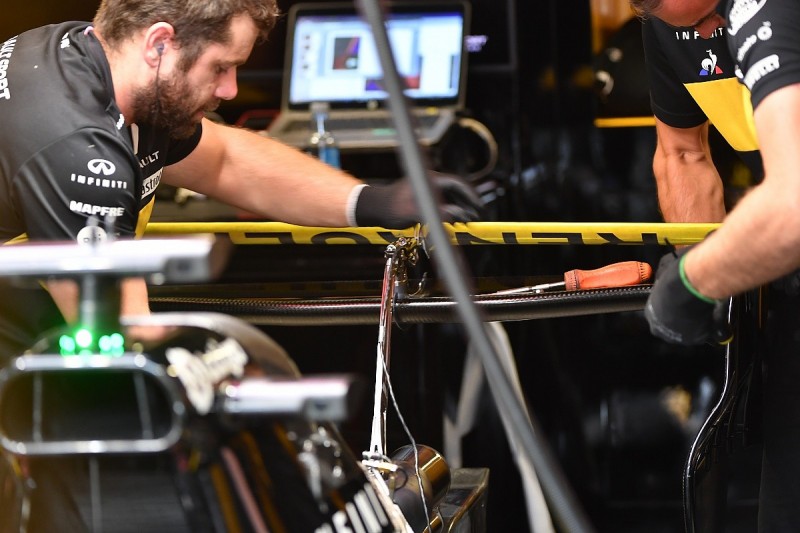