Formula 1 team bosses think there are grounds to consider an increase to the minimum weight limit as early as next year, amid growing fears that heavier drivers are going to be penalised

With a number of racers already expressing concerns that the 690kg minimum weight limit for 2014's new rules is too low - so will favour lighter drivers - team chiefs have now backed their calls.

Red Bull boss Christian Horner, whose 2014 line-up of Sebastian Vettel and Daniel Ricciardo will cause no weight drama, thinks the current situation is unfair.

"Theoretically it is not a factor for us because we have got two drivers that are of a reasonable weight, but it does penalise a driver like Mark [Webber], who could have driven for us - or someone like [Nico] Hulkenberg," he said.

"It would be a factor in signing a driver like him: which cannot be right. He shouldn't be penalised for being more than six foot.

"For sure the engine with all its ancillaries and cooling requirements is heavier as a unit, and it [a change to the weight limit] perhaps is something that should be looked at."

McLaren team principal Martin Whitmarsh thinks a number of outfits are going to struggle to hit the minimum weight target next year, which means any extra bulk carried by tall drivers will be a handicap.

"The truth is that the way the regulations have fallen now, weight is a bigger challenge," he said.

"I have been speaking to another team principal to ask if they will hit the target weight, and they won't.

"If you are not on the weight limit then having a driver that is nudging towards 80kg is a difficult thing to have. It is a simple equation - on average every 10kg is a third of a second."

Whitmarsh fears that some teams may even take safety risks in trying to make components lighter in a bid to hit the weight target. 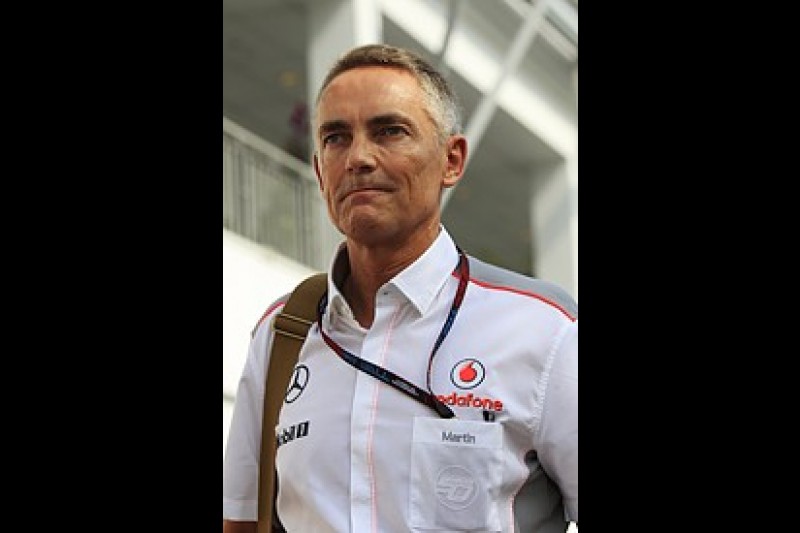 "On every design team, there is a lot of pressure on them to save weight," he said. "Inevitably that costs money and people, when they are pushing for weight, they will pare down on margins of safety."

When asked by AUTOSPORT if there was a case for raising the weight limit for next year, which require unanimous support from the teams, Whitmarsh said: "I think there are grounds, but F1 doesn't work like that does it?

"I think the teams now will have, and are working hard, to meet the weight limit and the team's self interests will prevail.

"The team that thinks it is OK will block any change, and that is how things will work I am afraid.

"Momentarily, maybe for one or two years, a heavier driver is going to be disadvantaged. That it not what was intended but that is how it has happened."