Ahead of the opening pre-season test at Jerez in Spain from February 1, the prediction is that teams will unleash a dramatic speed jump for 2015.

It comes a year after complaints that the new V6 turbo cars were too slow and not sufficiently challenging.

Hembery, whose company in its role as official F1 tyre supplier has an insight into the development progress of all teams, has no doubts that the situation will be different this year.

He admits that such a speed increase, through aerodynamic developments and engine upgrades, will be a test for the Pirelli compounds.

"Our initial data is suggesting there are going to be some big jumps," Hembery told AUTOSPORT.

"The teams have had the ability to change things over the winter, particularly on the powertrain front, and we anticipate by the time we are in Melbourne, or at the latest China, we will see some pretty significant jumps compared to last season.

"We know we are always chasing a moving target - and I think we are talking about maybe being two to three seconds per lap quicker than last season. That is a massive difference.

"It means for our tyres that what was last year a conservative choice might actually be quite aggressive this season."

BACK ON V8 PACE

A three-seconds-per-lap time improvement will put the new generation of F1 cars back on a par with the old V8-powered challengers.

Due to rain-hit qualifying sessions in Australia, Malaysia and China last year, it was hard to judge how far off the previous pace the 2014 cars were.

However in Bahrain, the first event of 2014 where there was a dry qualifying, the pole position time last year set by Nico Rosberg was 1m33.185s.

That compares with the 1m32.330s lap that the German claimed pole with the year before.

The fastest pole position lap on the current Bahrain configuration was set in 2004 by Michael Schumacher at 1m30.139s - a target that could be within reach if Hembery's predictions are correct.

Williams technical director Pat Symonds certainly believes that development progress will be rapid this year - even though teams have lost downforce through the nose change. 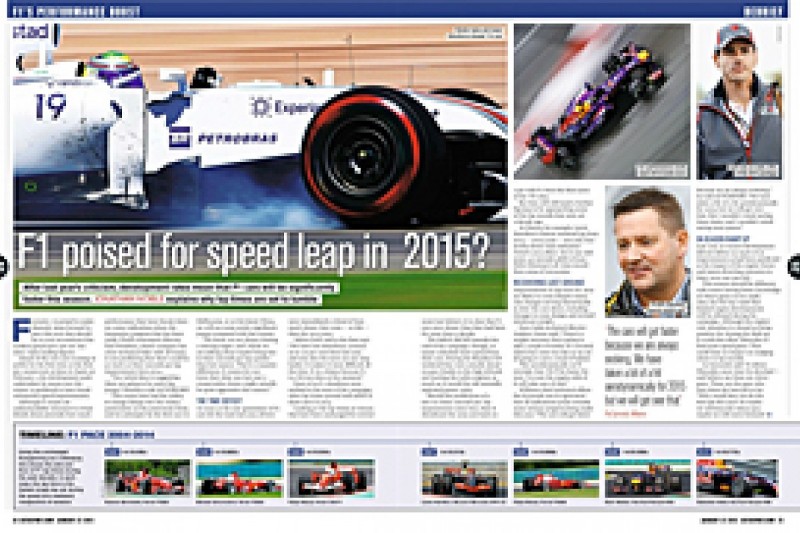 "The cars will get faster because we are always evolving," he said.

"We have taken a bit of a hit aerodynamically for 2015 but we will get over that.

For more on the potential for F1 cars to be significantly faster in 2015, see the full analysis in this week's AUTOSPORT magazine - available online and in shops now

HOW SPEEDS COMPARE IN BAHRAIN

Here is how the F1 pole position times compare at Sakhir.

The event did not take place in 2011, and 2010 has been discounted because the grand prix was hosted on a longer circuit configuration. 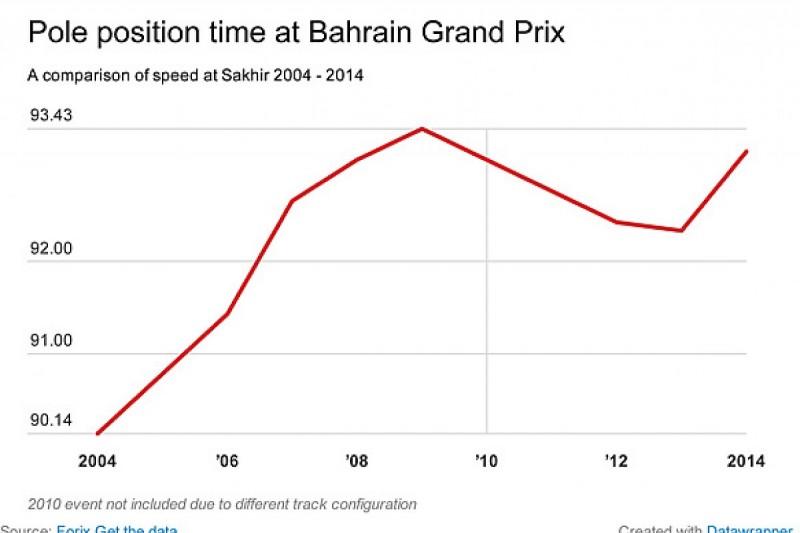