Pirelli is confident that Formula 1 will return to two-stop races next year, following positive early testing of its 2018 tyres in Abu Dhabi this week

F1's tyre supplier is expanding its range of compounds, as well as making them softer, in a bid to try to introduce more strategic variance next season.

This year, because of uncertainty about the speed leap of F1's faster 2017 cars, Pirelli went too conservative - and it meant 15 of the 20 races were in effect one-stop races.

One of Pirelli's targets is for there to be an average of two tyre changes per race.

It believes that in light of some encouraging findings from the testing this week, it is now on course to deliver that next season.

Pirelli's F1 racing manager Mario Isola said: "Considering all the range is one step softer, plus we have the hyper-soft, we now have the option to go soft enough to target two stops.

"I believe that three stops is a bit too much because we know it can be a bit confusing to have too many stops.

"We will try to make the selection of having two stops or one of the fastest strategies a two-stop.

"There is another advantage - with more compounds and a softer step, you give the teams the possibility to design the car that is more gentle on the tyres, so you can push the tyre towards the softer side.

"This is an additional variable that is up to the teams, and we give to everybody the same opportunity."

The Abu Dhabi test was the first time that drivers tried the new hyper-soft compound, with world champion Lewis Hamilton claiming it was the best tyre that Pirelli had produced since it returned to F1. 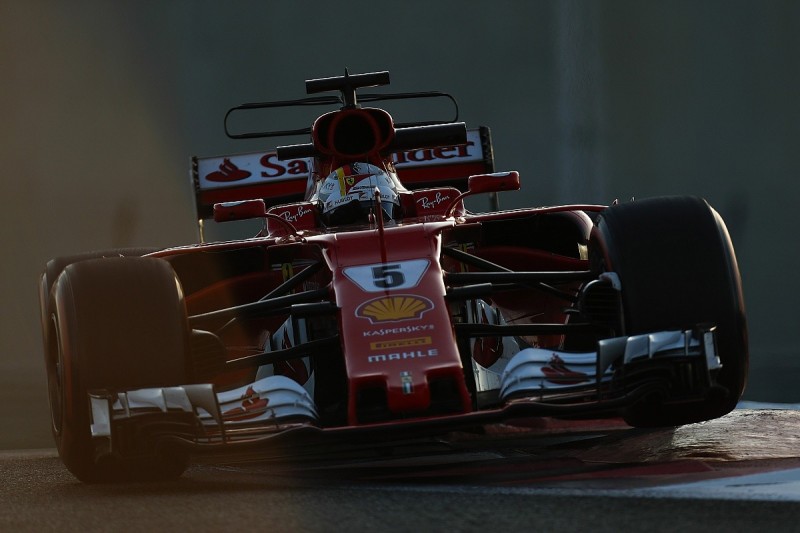 Sebastian Vettel was equally complimentary about the tyre, saying he was surprised by how much of a step forward it was.

"It's always nice to go fast, and the hyper-soft is quite a step forward," said the Ferrari driver.

"It's faster, so obviously now we need to see. Fairly soon Pirelli will have to decide where we'll be able to bring it and where we are not."

Isola explained that the hyper-soft had proven to be one-second per lap quicker than the ultra-soft, which in itself was 0.4s faster than the super-soft.

Pirelli is on schedule to decide the tyre compounds it will take to the Australian Grand Prix by December 7.

It is possible that it could pick three varied compounds, as it does not have to take three that are consecutive in its range.

"We are allowed to jump one step - so we are not obliged to go with the soft, super-soft and ultra-soft for example," added Isola.

"We will tune the compounds' choice and selection to make sure we can generate different strategies.

"The average number of pitstops should be two. This is the target. We want alternative strategies."