Hartley suffered a high-speed crash in final practice at Barcelona that destroyed the rear of the car and forced him to miss qualifying.

Though the car can be repaired Hartley must take a complete new Honda power unit, as well as a new gearbox.

The gearbox change carries an inconsequential grid penalty because Hartley failed to take part in qualifying, so was already due to start at the back.

Replacing the internal combustion engine, MGU-H and MGU-K, turbocharger, control electronics and energy store will have an impact beyond this race.

It pushes Hartley to the brink of an engine-related grid penalty already, because Honda changed the MGU-H and the turbo after a problem in the Australian Grand Prix.

Hartley's move to a third MGU-H and turbo, the limit drivers must adhere to over the entire season, guarantees him a grid drop whenever Honda introduces its first major upgrade. 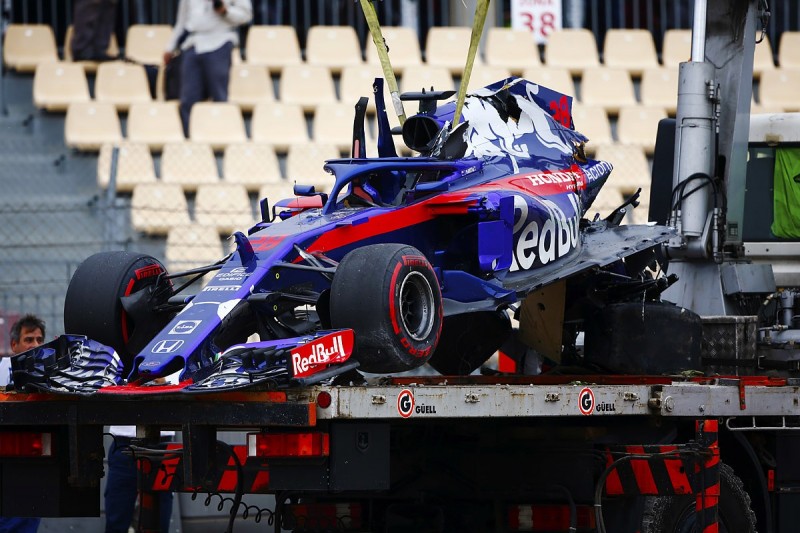