Sauber boss Monisha Kaltenborn thinks it will be tough for India to return to the grand prix calendar, and that Formula 1 failed to promote itself effectively in the country

The Indian GP is missing from the 2014 schedule, officially because Bernie Ecclestone said that Indian officials did not want an event early in the season.

However, amid a backdrop of disputes over tax in the country, other factors have played their part in the decision.

Kaltenborn thinks it will not be straightforward for India to win back a place on the calendar, and laments the way that F1 did not make the most of the nation's early interest.

"I think it is very difficult once when you leave a country to come back to it - especially where we have not really managed to establish the sport," explained Kaltenborn, who was born in India.

"In the first year we had the benefit of something new coming in there, and a lot was done around the race.

"There was a tremendous amount of in-depth coverage, not just about telling the people the sport was about 11 teams, and all the celebrities and parties and the show.

"It was about explaining what are the teams about, why are the tyres important, what are the strengths/weaknesses of the people? It was very comprehensive coverage - even before the race.

"That was already less in the second year, and the critics came up more about the race. Was it really a sporting event? Then people put up issues, like the tax and the difficulties many people had. That was put further ahead in the second year. 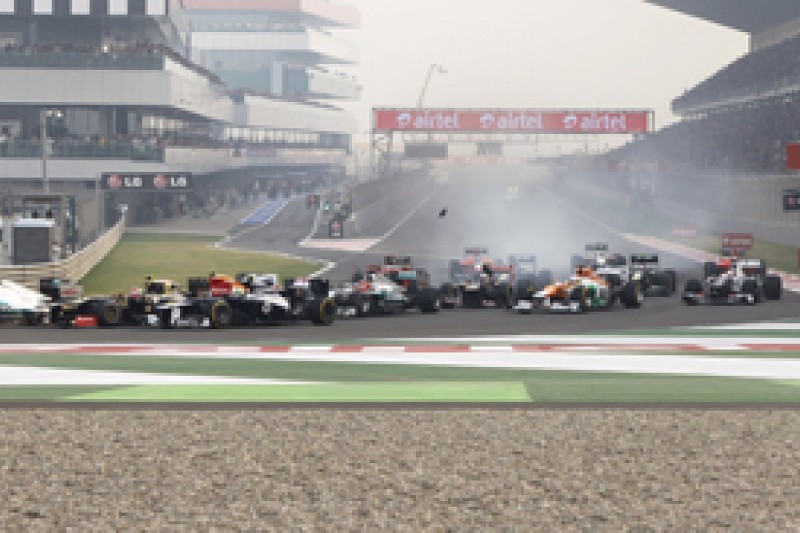 "I think now it is a bit like giving up. When you know you are not planning to be there the next year, maybe the interest has gone down through that."

Kaltenborn says F1 as a whole could have done more to maximise the marketing and commercial opportunities that would have lifted local interest.

"That has been the problem - that we have not been able to market ourselves properly in there," she said.

"We have not been able to convince that many Indian companies. You can count the Indian companies that are in F1 since then on one hand. We've somewhere collectively failed to do more there."