Legendary Formula 1 commentator Murray Walker has died at the age of 97.

Walker served as the lead commentator for F1 coverage in Great Britain from 1976 until 2001, becoming an icon within both motorsport and wider sports broadcasting.

In a statement issued by the British Racing Drivers’ Club on Saturday evening, it was announced that Walker had died at the age of 97.

“It is with great sadness we share the news of the passing of BRDC Associate member Murray Walker OBE,” the statement reads.

“A friend, a true motorsport legend, the nation’s favourite commentator and a contagious smile. Murray will be sadly missed, his mark and voice will live on in motorsport and our hearts forever.

“We thank Murray for all he has done for our community. Sending our love and thoughts to Murray’s family and friends in this difficult time. RIP our friend.”

Walker began his commentary career in 1948 after serving in the Second World War, and initially focused on motorcycle racing before working on F1 in the 1970s.

Walker became the permanent lead commentator for the BBC’s F1 coverage from 1976, and continued with the broadcaster until the TV rights switched to ITV for the 1997 season.

Following the switch, Walker continued to lead the commentary before his final full-time race commentary at the 2001 United States Grand Prix. He received a BAFTA Special Award for Contribution to Television in 2002.

“Rest in Peace Murray Walker,” tweeted Martin Brundle, who served as Walker’s co-commentator from 1997 until his retirement.

Race of my life: Murray Walker on the 1986 Spanish GP 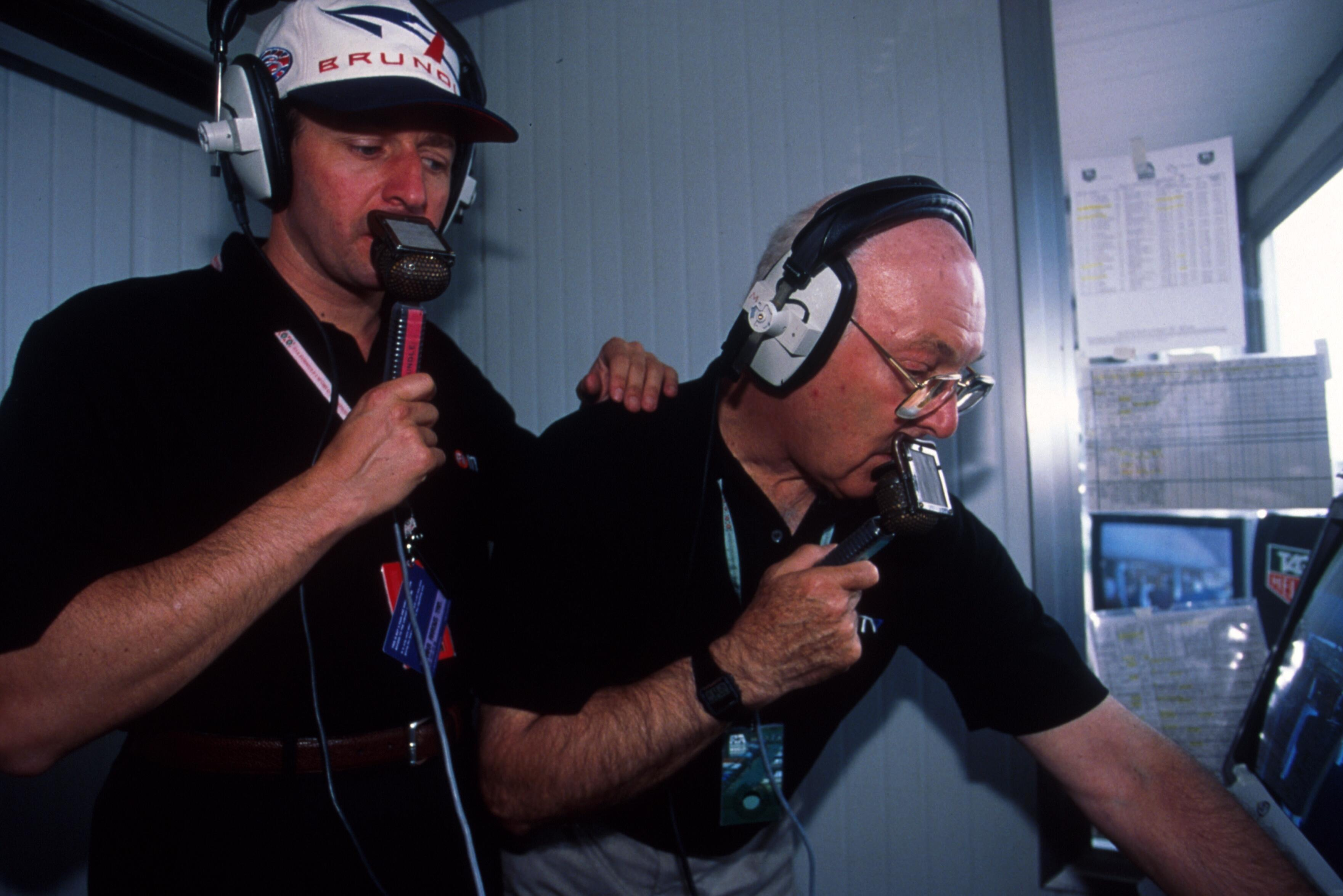 Formula 1 said in a statement that the series was “immensely sad to hear that Murray Walker has passed away”.

The statement added: “His passion and love of the sport inspired millions of fans around the world. He will forever be a part of our history, and will be dearly missed.”

Silverstone managing director Stuart Pringle said: “It is with great sadness that I have to inform Silverstone’s fans that Murray Walker died earlier today.

“He was to so many of us fans of F1, the voice that epitomised the sport we love. Knowledgeable beyond words and with a passion that occasionally got the better of him in commentary, he brought the sport and some of its greatest moments to life in a way that ensured they remained seared in our memories for ever.

“Much will be written about the impact that Murray had on the sport and we will make a more fulsome tribute in due course, but for the time being rest in peace Murray and thank you.”

Motorsport Network president James Allen took over from Walker as the lead commentator for ITV in 2001.

“Deeply saddened to learn of the death of my mentor Murray Walker, just shy of his century,” Allen wrote on Twitter.

“We lived some great experiences together on the road, many laughs and endless stories. A life incredibly well lived.”

“Motorsport UK are saddened to hear the news of the passing of Murray Walker,” read a statement from the UK’s motorsport governing body.

“From the beginning of his journey, commentating at Shelsley Walsh to becoming the voice of Formula 1, Murray entertained generations of motorsport fans. Our thoughts are with his family and friends.”