Formula 1 has moved a step closer to the return of 1000 horsepower turbo cars, following a meeting in Geneva this week by key figures to discuss future rules

As part of a push by F1's Strategy Group to make grand prix machinery more challenging, it asked F1's engine chiefs to get together this week to discuss ways of giving cars more power.

The belief is that by ramping up engine power above the 1000bhp level that proved so spectacular in the past, F1 cars will be harder to drive - and therefore more attractive to fans.

AUTOSPORT has learned that the discussions between the Power Unit Working Group and the FIA were positive, although it is unlikely that any of the changes being talked about will come in to force until 2017.

However, there is a belief that the 1000bhp target could be achieved without the need for a total redesign of the current turbo V6 engines nor a complete new engine formula - which would be expensive. 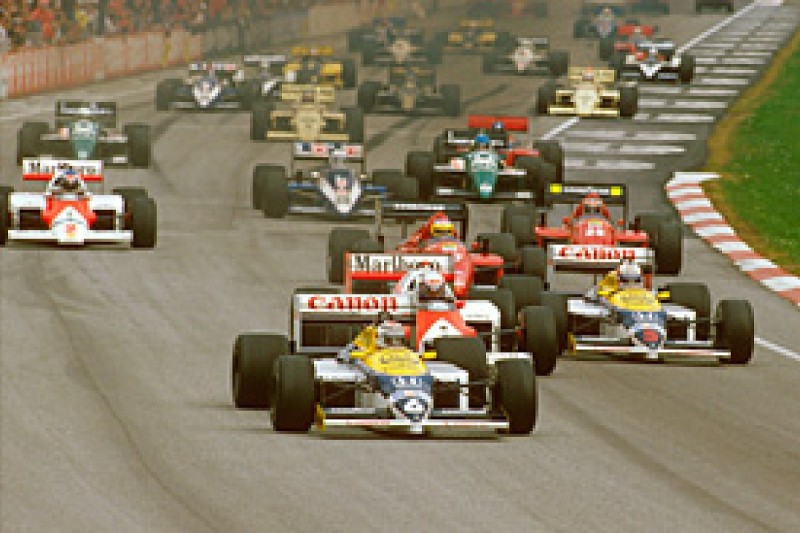 Instead, an increase to the fuel flow rate, higher revs, minor design tweaks such as to crank firing, plus increasing the maximum fuel allowance beyond 100kg, would be enough for the current engines to hit the 1000bhp target.

The ideas have now been put forward for further discussion by F1's technical directors later this month, and will also be tabled at the next meeting of the Strategy Group, in a bid to get the green light for more detailed work.

One issue that the engine chiefs want to know from F1 team bosses is whether the priority is for simply more power, or if engine noise should be a factor in modifications too.

Changes to the engines are also likely to go hand-in-hand with tweaks to F1's car rules to make the cars faster and harder to drive.

The FIA is already discussing with teams the possibility of ramping up downforce, having bigger wheels and more aggressive-looking cars for as early as 2016.

The engine manufacturers also discussed ways of making the current engines cheaper, amid concerns that the high costs of the power units are hurting smaller teams.

One idea that has gained traction is for a standardisation of many of the ancillaries surrounding the current V6 engine - such as the energy recovery systems.

Such an idea was proposed by Red Bull boss Christian Horner at the end of last year amid a push by him to change F1's engine rules because they were too expensive.