The Mercedes drivers led as soon as the class of 2017 started posting representative lap times, with Bottas holding the early advantage with a 1m25.142s on super-softs.

The Finn was the first to switch to ultra-soft tyres, and he improved to a 1m24.803s despite a mistake in the final sector on his best lap.

Hamilton made no such error when his turn came, and the three-time champion ended up more than half a second clear as he vaulted to the top on a 1m24.220s.

No other teams ran the softest-compound Pirellis, with Red Bull leading the super-soft charge.

Daniel Ricciardo kicked off his home grand prix weekend with the third-fastest time, 0.6s slower than Hamilton, which made the only non-Mercedes driver to dip below the 1m25s barrier. 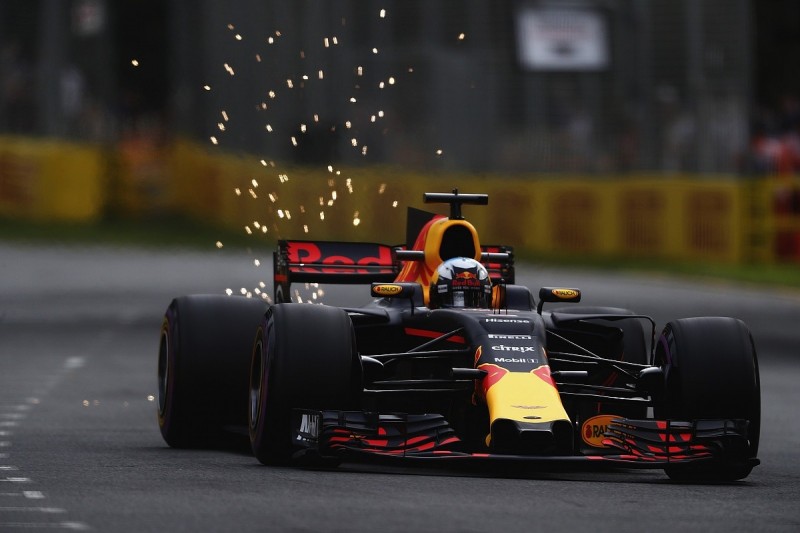 Max Verstappen reported an early gear synch problem in the other Red Bull but wound up fourth, just clear of the two Ferraris.

Having led the way in Barcelona testing Kimi Raikkonen was more than a second off the pace in FP1 on a 1m25.372s, less than a tenth quicker than team-mate Sebastian Vettel.

As the leading trio of teams ran two-by-two, the battle to be fourth proved as tight as anticipated.

Felipe Massa was seventh for Williams, but Haas driver Romain Grosjean and new Renault signing Nico Hulkenberg both lapped within half-a-tenth the Brazilian.

Force India's Sergio Perez, barely a tenth slower than Massa, completed the top 10 ahead of Carlos Sainz in the first of the Toro Rossos.

Further down the order, all eyes were on the two McLaren-Honda drivers to see if the MCL32 would run reliably after a disastrous pre-season.

Rookie Stoffel Vandoorne had a slow start in two ways, waiting almost an hour before setting a time and ending up bottom of the order.

His double champion team-mate Fernando Alonso fared better in 14th with a lap time 2.8s off the pace.

Alonso finished ahead of both Saubers, Esteban Ocon's Force India and Jolyon Palmer's Renault, which managed only six laps after a gearbox-related problem.