The first two races for both championships took place on the same weekend this year, while there will be six more clashes before the end of the season - including the MotoGP finale at Valencia and F1's penultimate round in Brazil.

In an interview with Reuters Brawn, F1's managing director for motorsport under new owner Liberty Media, said it was "not smart" to be in this situation.

He revealed he met with Ezpeleta in Spain to assess "how we can learn from what each of us does".

"We're not too proud to consult with other championships and work out the best way forward," Brawn said.

"It's difficult to juggle dates, and you can't always achieve what you want, but at least we're having a dialogue to try and work it out."

Brawn also said he was an admirer of the MotoGP ladder structure.

"I like the meritocracy that they have between Moto3, Moto2 and MotoGP," he said.

"I think it's interesting looking at the commercial side, the way they structure the teams and the deals and the way it works for the customer teams." 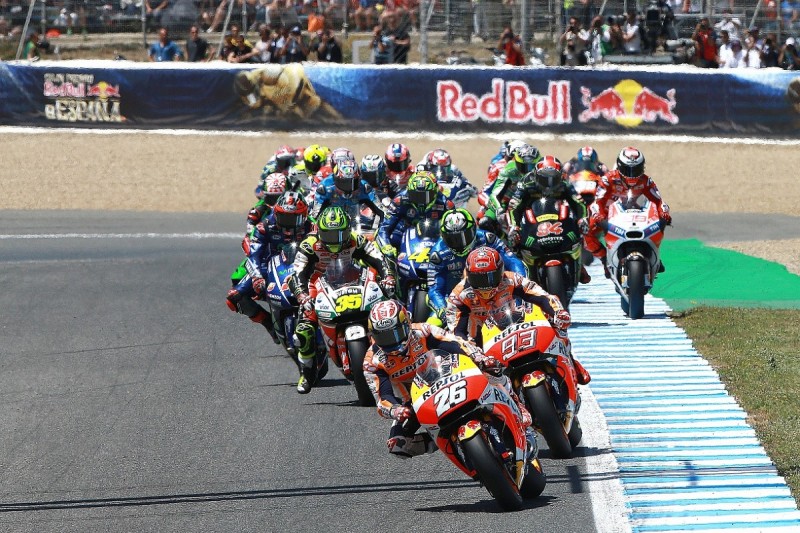 Only two of the top 10 riders in this year's MotoGP championship - Cal Crutchlow and Danilo Petrucci - have graduated to the top tier without racing in the two official feeder series.

F1's structure is messier and many drivers have skipped GP2 (now Formula 2) altogether and graduated direct from other categories such as Formula 3, GP3 or Formula Renault 3.5.

"There are commercial considerations, which means we don't always achieve that.

"It's a complex problem because you have to put the teams in a position where they don't have to make those commercial decisions, they just make the decision based on the strongest drivers they can find."

'NO REVOLUTION' ON HORIZON

While Liberty's arrival has raised hopes that F1's revenue distribution structure will be altered to avoid bigger teams receiving more favourable terms, Brawn said this would be a long-term project.

"There's not going to be a revolution in Formula 1 where suddenly we come up with a big change and everything gets better," he said. "It's going to be a constant process.

"Until we get the capacity to really understand the direction the sport should change to, we're not going to change any of the big things. It's just too risky."

While Brawn has previously suggested he would look into the idea of changes such as holding non-championship races, he played down talk of an overhaul of the grand prix format itself.

"With modern technology you can package the sport in whichever way people want to watch it," he said.