With F1 increasing its efforts to reach a wider fanbase, a formal agreement has been reached for Twitter to broadcast a live post-race show from 10 grands prix this year and show event highlights.

The F1 Live Show, which will be hosted by Will Buxton and starts from the Spanish GP, will take place immediately after the podium ceremony and feature analysis and interviews with leading figures.

Buxton will be joined by famous F1 figures too, with 2016 world champion Nico Rosberg already confirmed as taking part in hosting it.

Rosberg said: "It is good to see the new direction of F1 across digital, as a key channel to engage with fans and future fans of the sport.

"I was delighted to join this programme when F1 asked me to participate." 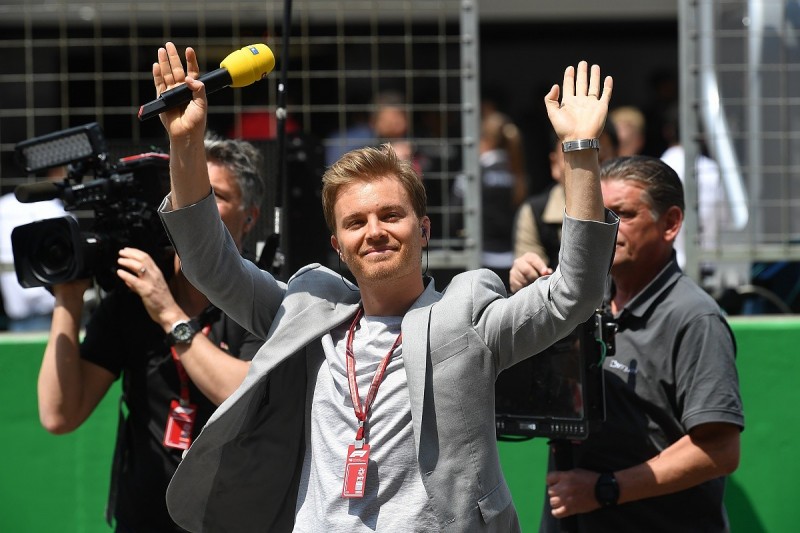 Although the new video push will theoretically put F1 in competition for viewers with television broadcasters' own post-race shows, the Twitter deal is a good one for Liberty Media as it helps secure it another revenue stream.

Twitter has similar arrangement with the NFL, NBA and MLB to broadcast exclusive video and live shows where the costs of the right to show exclusive video are offset by advertising revenue.

The Twitter deal comes on the back of F1 launching its own paid-for streaming service for fans from the Spanish GP. This will only be available in selected regions.

Frank Arthofer, director of digital and new business at F1, said: "On the heels of the F1 TV launch announcement, we are thrilled to announce a new initiative aimed at expanding our fan engagement and monetisation strategy on Twitter.

"Twitter came to us early on with an emphasis on co-producing original live content to extend the race weekend dialogue.

"Given how well their platform caters to driving conversation around global live events, the strategic fit was perfect; we're thrilled to be partnering with them on this show in 2018."