Ocon, who finished the race in eighth place, is under investigation over exceeding the fuel mass flow limit during the opening lap in an "alleged breach of Article 5.1.4 of the FIA Formula 1 Technical Regulations", according to an official bulletin.

The article in question states that "fuel mass flow must not exceed 100kg/h", and was the cause for Daniel Ricciardo being disqualified from second place in the Australian Grand Prix back in 2014.

Romain Grosjean was also summoned to the stewards after the event, which was won by Ferrari's Kimi Raikkonen.

The Haas driver is under investigation for colliding with Sauber's Charles Leclerc on the opening lap of the race.

Grosjean locked up and hit Leclerc at the Turn 12 left-hander, leading both to retire - Grosjean a few laps later and Leclerc deeper into the grand prix.

The Haas driver currently has nine penalty points on his licence for the 12-month period, which means he is three away from a race ban, with none of the points set to expire until after the next race in Mexico.

But most sanctions for collisions between drivers in 2018 have been limited to two penalty points, with only Sergio Perez's sideswipe at Sergey Sirotkin in Singapore and Nico Hulkenberg's carnage-inducing opening-lap mistake in Belgium resulting in three points. 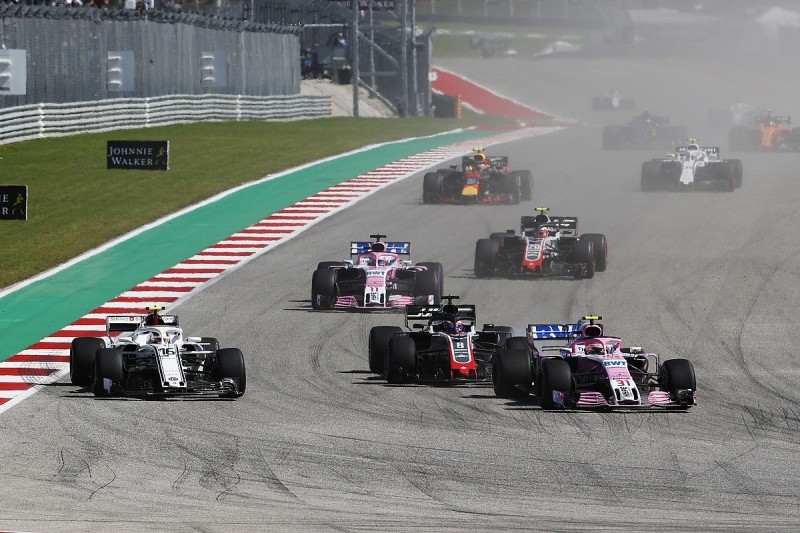 Horner: Ricciardo put fist through the wall after US GP retirement