Although Perez has a contract with Force India for next year, it is his group of sponsors that effectively control the destiny of the 26-year-old Mexican.

It is understood talks have already taken place with Renault and Williams, with options now being reviewed.

Despite the interest in Perez from rivals, Force India is relaxed about the situation, believing it remains in a strong position to retain him.

Signing Perez also comes at a cost to some extent for Renault and Williams as they would have to buy him out of his deal with Force India.

Force India is in no major rush to resolve the matter, which is why negotiations with Perez's sponsors will not commence until after the Italian Grand Prix.

While Perez said after the German Grand Prix he hoped his future would have been defined by this weekend's race in Belgium, he is now calmer about his prospects. 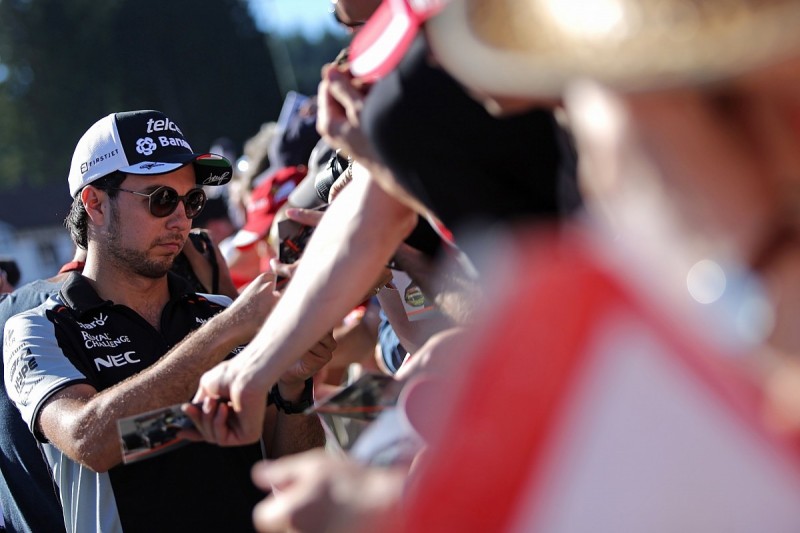 "I knew it would be complicated given the way my deals work with my sponsors, but it doesn't change anything," said Perez.

"The ball is more on our side with my sponsors with the way we are dealing with things.

"It's just a matter of time to know where my future will be, but I've stopped worrying about it now.

"I just want to focus on this second half of the year.

"It's not an easy decision on what to do, but as I say, I'm relaxed. I'm not concerned any more.

"In the last few races I was thinking about it a bit too much, but I know whatever comes will be the best for me."

Perez insists he and his sponsors are not leaving Force India waiting by delaying a decision.

"I've always said I'm very happy, that I love this team, that I'm very comfortable, and I believe in the future of this team.

"I'm not making them wait or hanging on, I'm happy with this team, but the decision is not on my side."