There is no pressure on Force India to take a pay driver to replace the Renault-bound Nico Hulkenberg in Formula 1 in 2017, according to deputy team principal Bob Fernley

Ocon is, though, also heavily touted to join Hulkenberg at Renault, having served as the squad's reserve before joining Manor.

That would leave current Renault racers Jolyon Palmer and Kevin Magnussen looking for a drive, with their names in the frame at Force India, along with Sauber pair Felipe Nasr and Marcus Ericsson, who says he would be "stupid" not to look at the drive.

Fernley told Autosport that "all of the above" were in consideration, when raised.

"But the bottom line is it's Vijay's [Mallya] decision and we won't discuss and review it until we can get back [from the Mexican GP] and sit down with him," he said.

"Us speculating has no impact because at the end it's what he says."

Fernley has stated, though, the team's financial situation is strong enough that a driver with considerable sponsorship is not a necessity.

"You are never going to turn away talent that has support with it," added Fernley.

"But at the end of the day, Nico hasn't brought money in, so it's not going to make a difference to us for our plans for next year.

"It's a clean sheet of paper and Vijay will look at each person on merit." 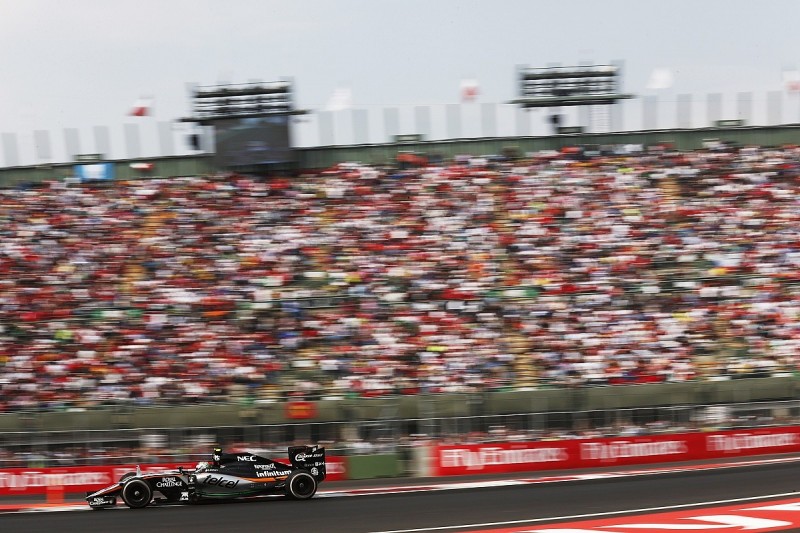 Force India enters the final three grands prix - starting with Perez's home race in Mexico - with an eight-point cushion over Williams in the battle for fourth in the constructors' championship.

"We've got the car working really well, and the drivers have really dialled it, so I don't see any reason to believe it won't be like that at the remaining three circuits," said Fernley.

"Mexico will probably suit Williams slightly better, but I don't think we should underestimate the Mexican effect for Checo."