Force India has discovered "a lot of weaknesses" in its VJM10 through Formula 1 pre-season testing at Barcelona, according to driver Sergio Perez

The Mexican was eighth fastest on day two of the second Barcelona F1 test on Wednesday and revealed his running was compromised by a brake failure in the morning.

Though Perez managed to complete 100 laps, the day's second-highest tally, Force India was only faster than Toro Rosso, Sauber and the troubled McLaren-Honda alliance.

He said it was important the team had been able to identify the problems in testing and hoped there would be solutions in place for the Australian Grand Prix on March 26.

"I think today the team has found a lot of the weaknesses that we have with the car, which is quite critical," he said.

"I think it's just a matter of time before we sort them out, because I think it is quite easy to sort those issues.

"Obviously the team is pushing very hard to try to get some upgrades for Australia, especially those upgrades which are probably easy to fix, but it just takes time.

"So hopefully we can fix most of them for Melbourne and, if not, by second or third race we should be at a good level." 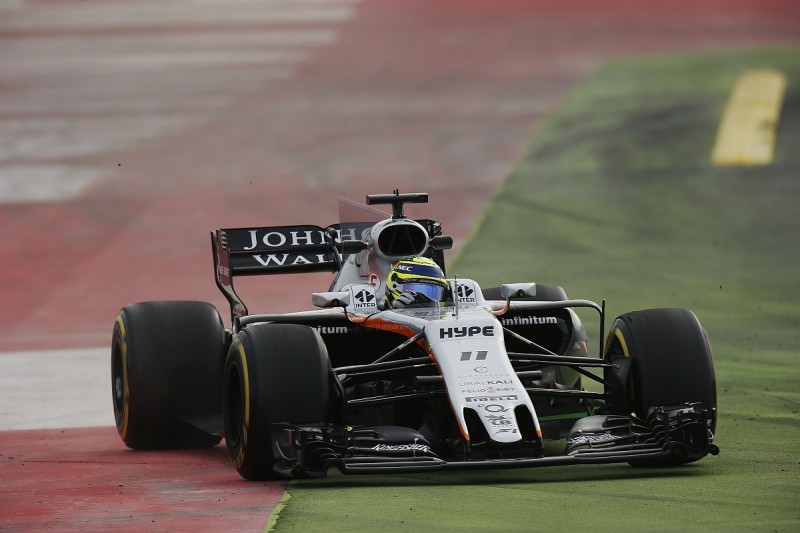 Force India finished fourth in the teams' championship last season, its best result since entering F1, while Perez was a career-best seventh in the drivers' championship.

The 27-year-old said the team had "big goals this year to try to achieve" but that it was "too early to say" where it placed in the competitive order.

"We have a long season ahead of us and I'm very optimistic," he added.

"As always it's not important where you are in testing in Barcelona, its where you end up in Abu Dhabi, last race.

"I think tomorrow with Esteban [Ocon, his new team-mate] and obviously with me in the final day we will have a lot of idea on where we stand."