Like its predecessor, the new VJM11 has a pink livery in deference to sponsor BWT - although there is now more white on the nosecone, engine cover and rear wing and around the cockpit.

Development driver Nikita Mazepin will be at the wheel for the Mercedes-powered car's first run on Monday.

Race drivers Esteban Ocon and Sergio Perez will then take turns in the car later in the week.

Reserve driver Nicholas Latifi was due to drive as well but tweeted on Monday morning that he "a serious infection put me in hospital last week and I'm now recovering at home".

Ocon and Perez will then have two days apiece in the car for the second test, which begins next Tuesday.

Force India has finished fourth in the constructors' championship for the last two seasons.

The team insisted last week that it is not considering any offers to sell the team, following recent speculation linking it with an energy drinks company. 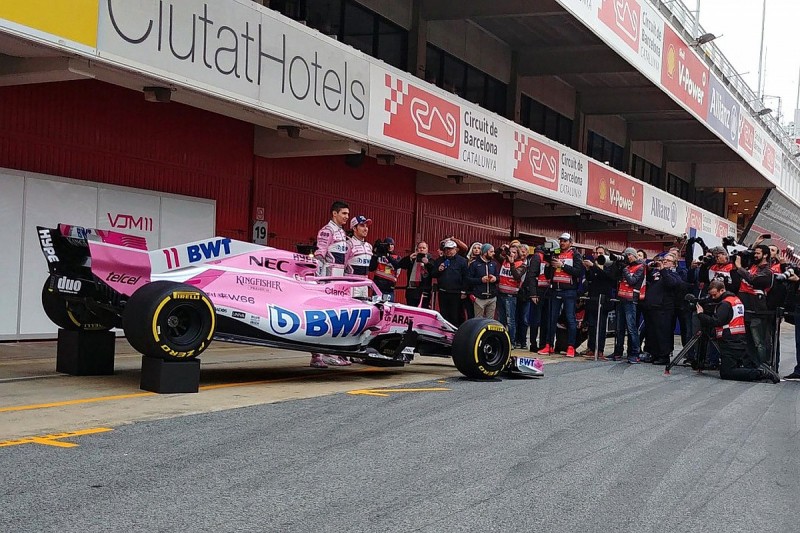