Flat Chat Podcast: Why Alonso and Renault F1 got back together

As the latest edition of GP Racing magazine hits the shelves, the Flat Chat with Codders podcast examines why Fernando Alonso has joined Renault for a third Formula 1 stint

Their first 'marriage' came about because his manager was running the team, the second because he had nowhere else to go after a catastrophic season with McLaren. What does he hope to achieve now, as he approaches his 40th birthday and after two years on sabbatical?

GP Racing editor Ben Anderson and columnist Mark Gallagher join host Stuart Codling to explore Alonso's motivation for returning to the grand prix scene - and whether he's right to dismiss 2021 as a 'zombie season' of Mercedes dominance before the reboot he expects to deliver his big opportunity.

Alonso's comeback is the cover story of this month's GP Racing, which features input from Formula 1 heavy-hitters including Alain Prost - who is adamant that Alonso has put his sometimes divisive ways behind him.

Also in this month's GP Racing, Carlos Sainz explains what it's like to race a full season for a team you know you'll be leaving.

In the podcast Mark Gallagher compares and contrasts that with his days as head commercial honcho at the Jordan team, which seldom maintained the same driver line-up from one year to the next - sometimes not even from one grand prix to the next...

And as the COVID-19 pandemic continues to disrupt the global economy, our panel looks at what effect it's had on the very fabric of who owns what in F1. As Williams becomes the latest team to change hands - becoming the property of a mysterious investment organisation - do we take this as a sign that motor racing is bucking the wider trend of financial misery?

The podcast is available for listening and downloading on all good audio platforms. 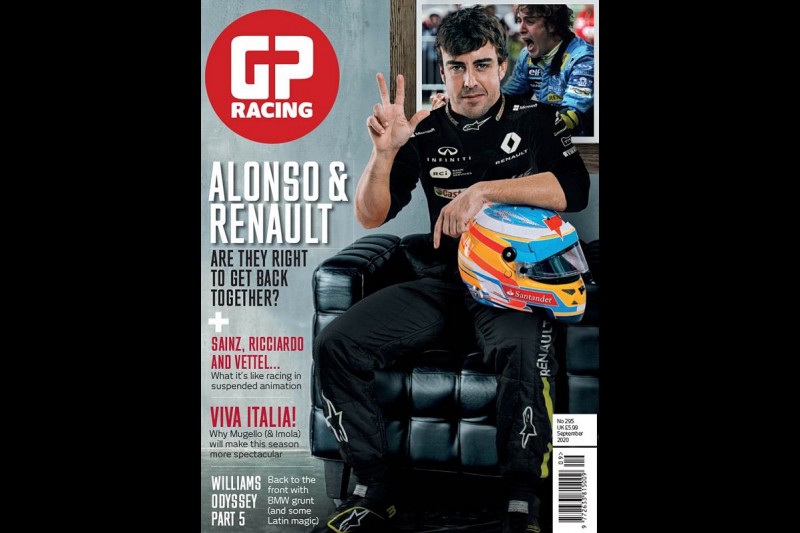