The Australian Grand Prix will be the season-opening Formula 1 race for at least five of the next 13 years as part of its new deal.

The Australian Grand Prix Corporation and Formula 1 today announced an early extension of their arrangement that will see Melbourne continue as a host city until at least 2035.

As part of the new deal the revamped Albert Park circuit will open the Formula 1 season a minimum of five times.

The AGP will be the season-opener in 2024 and 2025 and then another three, yet-to-be-determined times in the decade that follows.

The 2023 AGP date is yet to be locked in, however this announcement is a clear indication that the first round will be elsewhere.

Melbourne will still be at the pointy end of the schedule, though, with a slot inside the first three races likely each year of the new agreement.

"One of the things that happens is that, it's difficult enough [for us] to juggle four days of activity at Albert Park; Formula 1 has to juggle 23 races on a calendar," said AGPC CEO Andrew Westacott. 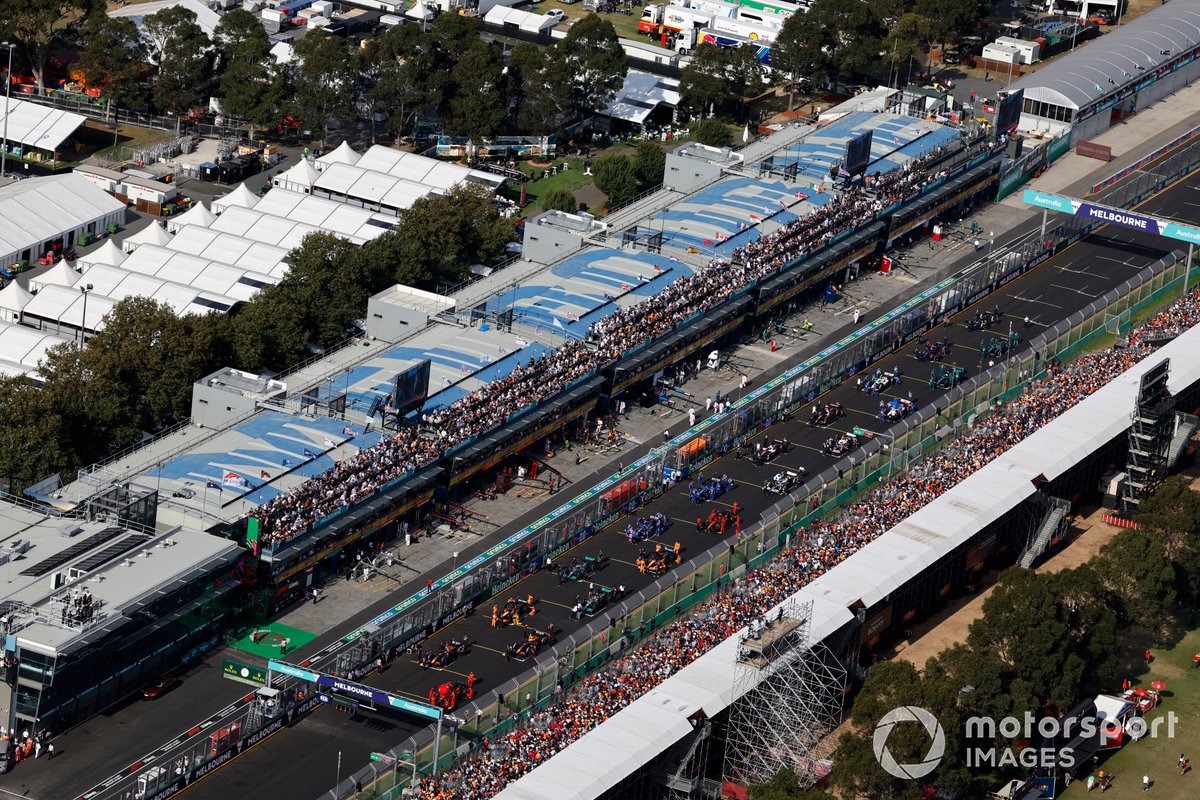 Mechanics on the grid with the cars prior to the start

Australia has long been the traditional season start for Formula 1, however this year, following its due year, pandemic-induced absence, it was pushed back to the third round.

That had little effect on crowds with near-record numbers filing through the Albert Parks over the four days.

That, says Westacott, is proof that being early in the season is important but being the first round not critical.

"We've always had an arrangement that sees us be one of the starting races," he said.

"And that's always worked out to be the first race. But we know that in a competitive environment, being up near the front of the season is still a very good outcome.

"We didn't source more than that, what we were sourcing was a great outcome. And we think whether we're Race 1 or Race 2 or Race 3 in the season, as proven in 2022, is a really good outcome for Melbourne."

Melbourne hasn't just sought to block international threats to its spot on the F1 schedule with this new deal, but local threats as well.

Sydney is thought to have shown interest in poaching the GP from its interstate rival in a bid to re-energise its major events industry post COVID lockdowns.

"I'm not privy to what Sydney did," said Westacott. "But what I am privy to, and it's in the public domain, is that South Australia, Queensland and New South Wales have coveted MotoGP and Formula 1.

"It wouldn't surprise me if other jurisdictions were putting in big overtures to the rights holders of not only MotoGP and Formula 1, but other major events. That's why it's so competitive and why it's so good for economies."

Australian GP to stay on F1 calendar until 2035