Mercedes is expected to reveal the last of its big update packages at this weekend’s United States Grand Prix, and we’ve already caught sight of a major aspect as the team prepares the car for action.

A new front wing will feature in Austin that not only has a revised design in the outboard section, where the flaps meet with the endplate, it also has some interesting flow diverters mounted between the two upper flaps.

The regulations permit teams to use eight of these slot gap separators on either side of the front wing assembly, with Mercedes having previously used three of the more conventional horseshoe separators to connect the two uppermost flaps to one another, with the remaining five allocated to the lowermost flaps.

Those five separators remain in their previous positions on this build of the wing, suggesting that Mercedes has found a different interpretation to allow for the five new ‘outwash’ generating separators mounted between the two upper flaps.

While it’s not new for teams to use the slot gap separators in such a way that they can have an influence on the local flow, with many teams angling them in order to divert the airflow, the separators seen on the W13 are clearly more robust and will play an influential role in moving the airflow across the face of the front tyre. 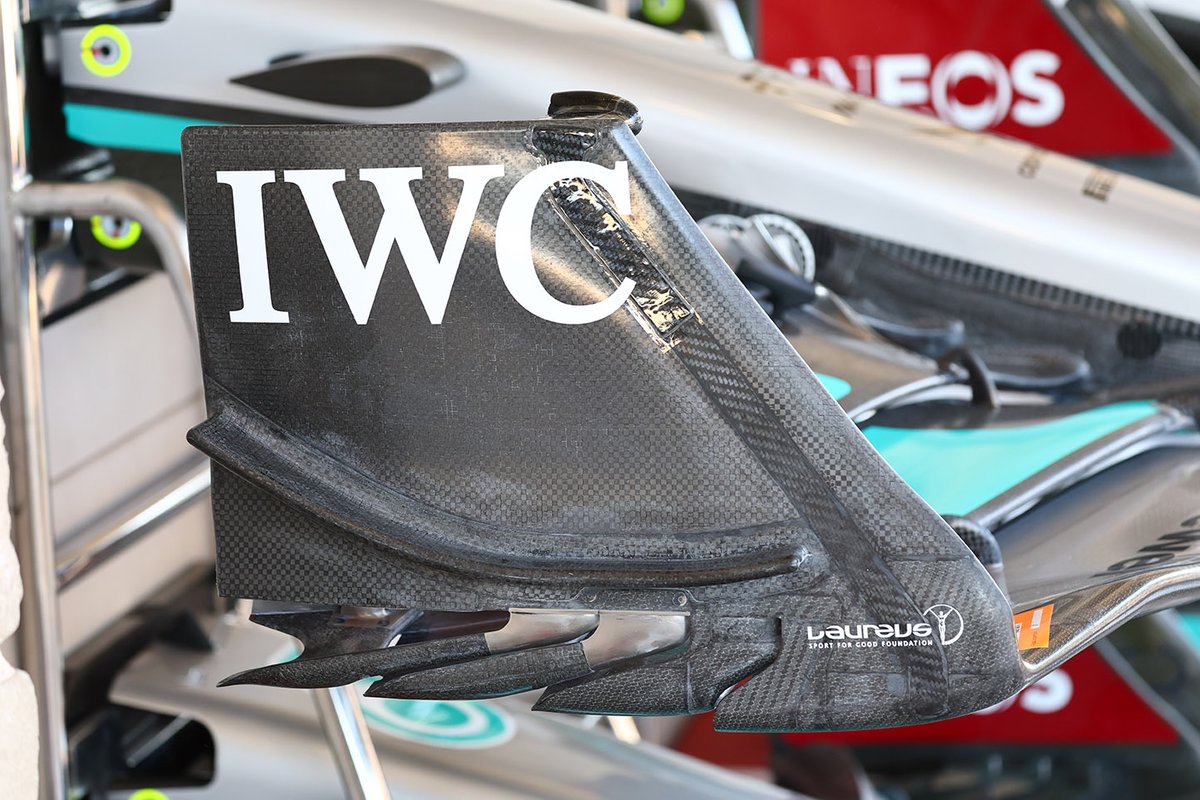 The other interesting design feature of these slot gap separators is that where they connect to the two flaps they are orientated at a different angle to the exposed section on top of the wing, enabling them to support different flow structures both above and below the flaps.

It’s not the first time we’ve seen Mercedes dabble with this sort of design either, as the W07 from 2016  employed a row of vortex-inducing strikes on the upper flap in an effort to improve outwash, even though they had more aerodynamic furniture at their disposal in that regulatory era.

Taking advantage of the new slot gap separators, the team has also revised the design of the front wing’s outboard section, with alterations made to the shape of the flaps and how they connect to the endplate.

Given that Mercedes has the most novel design in this region to help with outwash, it’s no surprise that it needs to optimise its design in order to work in conjunction with the new separators.