The design - which Red Bull is calling the 'aeroscreen' has been fitted to Daniel Ricciardo's RB12 in its garage on Thursday in preparation for its track debut on Friday, with the Australian sitting in the car to get a feel for getting in and out when the screen is attached.

"In FP1 I will do an installation lap with it," said Ricciardo at Sochi on Thursday.

"I'm sure I will get a lot of TV time in the first two minutes of the session!"

Felipe Massa, who suffered a head injury at the 2009 Hungarian Grand Prix, said he was looking forward to seeing another device tried following Ferrari's use of the halo design during pre-season testing.

"It will be nice to see how it looks and how it is for the drivers," said the Williams driver.

"It's nice that you see teams trying to help give some ideas and it's important for us to get the best idea for the future to improve even more safety.

"There are so many things that are important to understand - we need to do all the tests to see if it's comfortable, the feeling, how the wind will come for the driver."

When asked if the Red Bull design was better than the halo concept, he added: "I dont know, I have no idea.

"We'll see how it looks tomorrow [on track]." 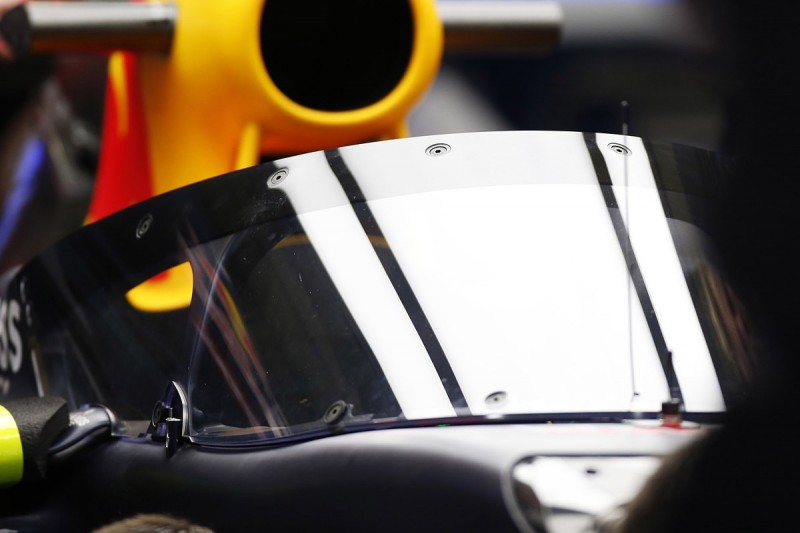