With F1's budgets set for an increase next year because of new regulations, and several outfits facing financial struggles, there have been concerns that the sport is heading for trouble unless spending is brought under control.

Teams have tried frequently to agree on a way forward, but their efforts have been in vain.

A push towards a stricter Resource Restriction Agreement (RRA) met with resistance from some quarters.

Last year, all but two teams were in favour of the FIA policing a chassis RRA, but the governing body did not want to implement it without unanimous support.

FIA president Jean Todt has so far chosen not to take a confrontational approach to the teams and force rule changes through.

But ahead of a restructuring of the way that F1 is governed under the new Concorde Agreement, Todt has hinted that the FIA is now ready to push forward with its ambitions.

Speaking about his plans, Todt said that the FIA will use its presence at the new F1 Strategy Group think-tank to vote for changes.

The new 18-man body will be made up of six votes from the FIA, six from the commercial rights holder and six from the teams.

Todt has made it clear that the FIA will use its block vote to push for cuts, and support from Bernie Ecclestone and a minority of teams could ensure outfits like Red Bull that have resisted tougher restrictions in the past will not be able to block rule changes.

Speaking to selected media including AUTOSPORT, Todt made it clear that the first task when the Strategy Group meets will be for cost cuts to be pushed through.

"I have been reading a lot of things about cost-cutting and it is something that you cannot address with the teams," explained Todt.

"There have been a lot of discussions with the teams to talk about RRA and all that, and the teams said we have never had a strong and clear approach about the proposal of cost cutting. 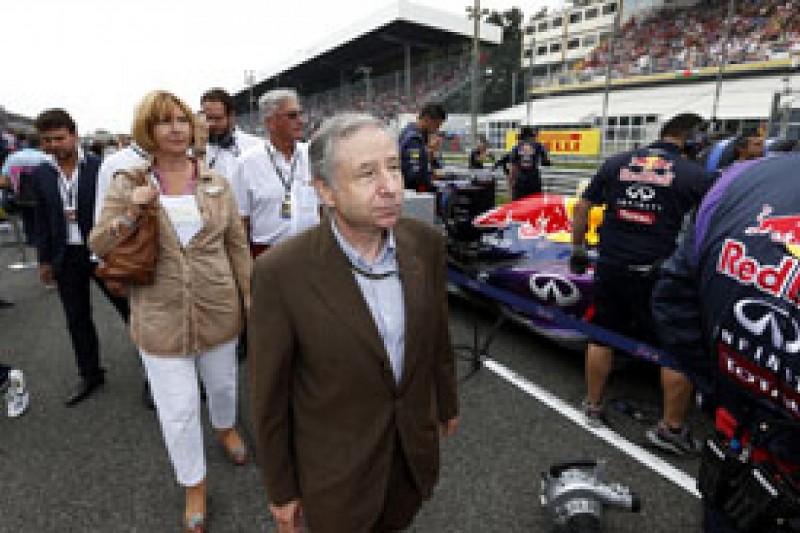 "We met in Maranello with a few teams, and a consensus was against this [RRA] proposal of cost cutting.

"So where are we now? We have been implementing, when the Concorde is settled, a new governance, where there will be a strategy group.

"It will be on the agenda, at the first meeting when we are involved, to bring in cost cutting.

"I can guarantee you the FIA will vote in favour of cost cutting. Then we will see."

Todt and Ecclestone are continuing work on the details of a new Concorde Agreement, which it is hoped can be finalised in the next few weeks.