A new section of dotted lines has been added ahead of the usual solid white pit entry line after some back-and-forth over how to manage pitlane entry at the unique Baku city circuit.

After the end of second practice on Friday, the FIA opted to disregard the usual rule stating drivers must enter the pitlane if they have four wheels to the left of the solid white line.

The idea was that the extremely long run at full throttle from Turn 16 to Turn 1 gives the rare potential for slipstreaming before the pit entry the Baku circuit.

This means drivers may be forced towards the entry and could need to cut back across the line to stay on track. 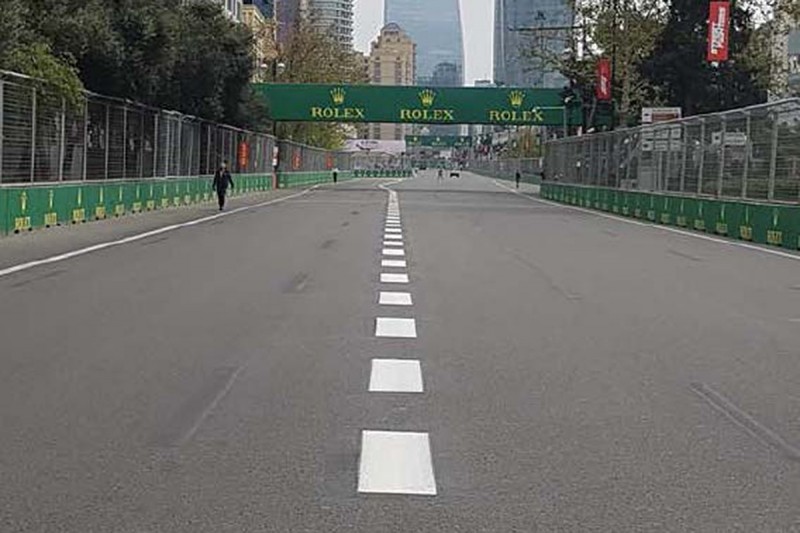 However, concerns were raised over this change during Friday night's drivers' briefing and the FIA has responded by reinstating the rule that any car with four wheels to the left of the white line must enter the pitlane.

The normal rule will be complemented by a 70-metre section of dotted lines added to give drivers advanced notice of the start of the pit entry.

"The last few years the track edge was the line of the pitlane entry," Toro Rosso driver Pierre Gasly said. "They actually said that now we are allowed to cross it and then stay on track.

"But it's quite dangerous, so we complained about it, and it's come back the way it has been the last few years."

Baku F1 practice: Vettel fastest ahead of Hamilton in FP3