Cutting inside the apex at Turn 2 as the track turns to the right gives drivers a clear benefit, so the FIA has moved to deter anyone from trying to gain an advantage this way.

In the pre-event note sent to teams on Thursday, the FIA revealed a cone has been situated further down the run-off area on the outside of the complex.

F1 race director Charlie Whiting wrote: "Any driver who fails to negotiate Turn 2 by using the track, and who passes completely to the right of the orange kerb element, must keep to the right of the red and white polystyrene block and rejoin the track on the outside of Turn 3." 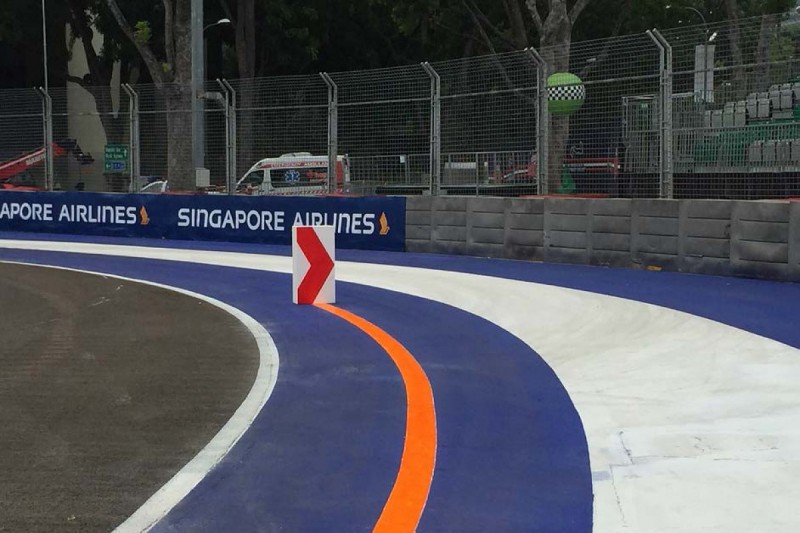 The FIA has also confirmed that several areas of the Marina Bay track have been resurfaced.

More TecPro barriers have been installed throughout the circuit as well.