Perez scored his third F1 victory on Sunday in Monaco ahead of Ferrari’s Carlos Sainz, while Verstappen completed the podium in third place after rain and two red flags shook up proceedings in Monaco.

But Ferrari lodged a post-race protest against both Red Bull cars for allegedly crossing the yellow line at pit exit, resulting in an investigation by the stewards.

Following a post-race hearing with both teams, the stewards dismissed Ferrari’s protest, meaning Red Bull’s victory stands and the race result is official.

Ferrari’s protest against Verstappen claimed that he put part of the left-front tyre over the yellow line at pit exit, breaching the pre-race event notes and citing Yuki Tsunoda’s breach at the 2021 Austrian Grand Prix as a precedent.

Red Bull defended Verstappen by saying his car still remained to the right-hand side of the line, as required by the FIA’s International Sporting Code, meaning he was not in breach of the regulations.

The stewards agreed with Red Bull’s point of view, noting that Article 5 c) of Chapter IV of Appendix L of the ISC “stipulates that at the pit exit a car ‘must not cross’ the line.”

"In this case, the car did not “cross” the line – to do so it would have needed to have a full wheel to the left of the yellow line,” the stewards said.

“Accordingly the driver did not breach the relevant section of the Code and this takes precedent over any interpretation of the notes. The protest is therefore dismissed and the protest Fee is forfeited.” 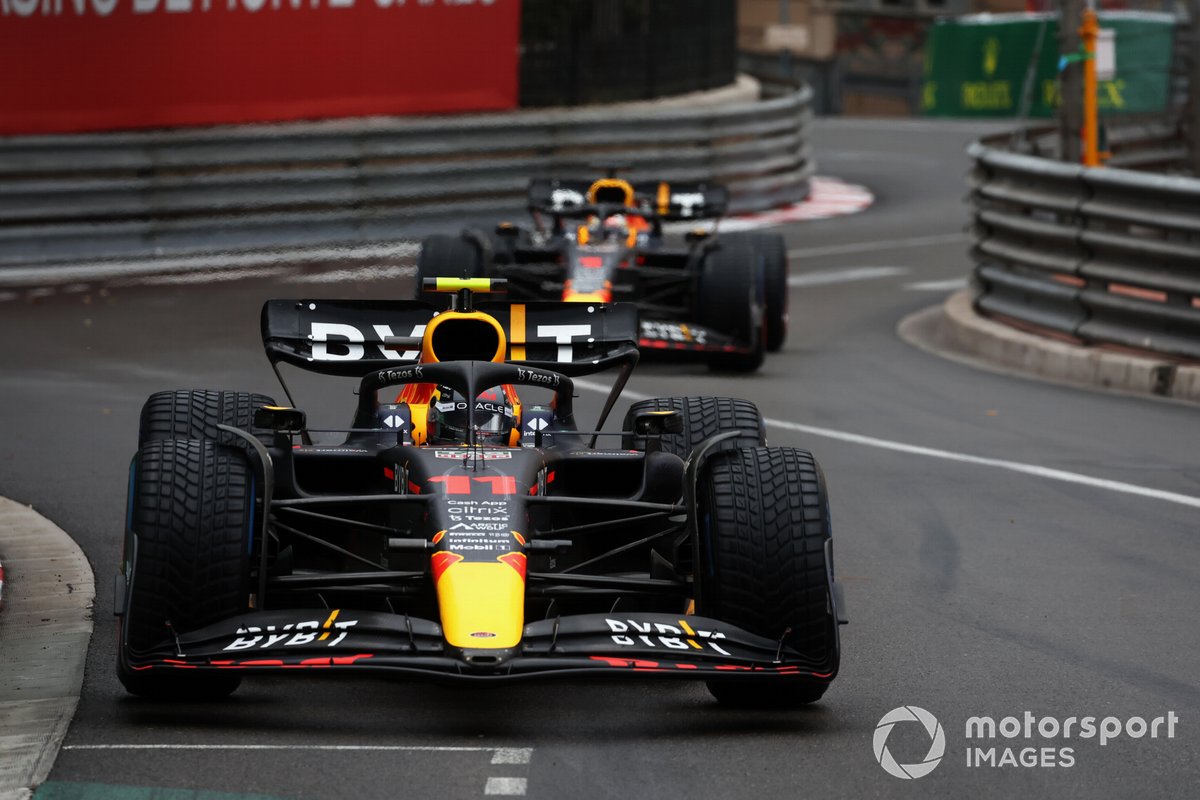 During the hearing for the Perez protest, the stewards said that “Ferrari conceded that Car 11 did not have any part of its front or rear tyres on the left of the yellow line” and “conceded that the Protest was unfounded”, resulting in the same dismissal.

The dismissal means that Perez’s win stands, leaving him just 15 points off Verstappen at the top of the drivers’ championship and only six shy of Charles Leclerc in second place.

Ferrari failed to convert its front row lockout in qualifying into a victory, marking its fourth defeat in a row to Red Bull.

Race director Eduardo Freitas also explained that the pre-race event notes had been a “cut and paste” from the 2021 version, “and hence had not been changed to reflect the 2022 Appendix L changes”.