Formula 1 chiefs should take on board fans' criticisms of double points to rethink the controversial rule at the end of this year, claims FIA president Jean Todt

The decision to award double points for the season finale in Abu Dhabi this year was met with near universal disapproval from fans, with a larger proportion more upset about that than they have been over the noise of the current engines.

But despite the outcry, which teams admitted caused a surprise, F1 chiefs resisted backtracking on the idea earlier this year.

However, with F1 bosses having this week reacted to complaints about the noise of the turbo engines, there have been suggestions of double standards because fans have been ignored over the double points issue.

But Todt, who is not personally opposed to the idea of double points, has now suggested that the unhappiness from fans over double points means that perhaps a proper rethink is needed.

And he has revealed that he asked for the F1 Strategy Group to review the idea in the wake of the fans' backlash earlier this year, but gave up the push because there was not unanimous support to ditch it at the time.

"We had the strategy meeting and I said, 'do you want to reconsider?' The answer was no. Do not ask me who said yes or no. So I said, 'okay we will see at the end of the season what is the reaction'.

"Personally I was surprised to get so much emotion for this thing that I do not feel is a huge change in F1.

"But again we need to listen to that and hopefully we will take that into consideration."

Although the members of the Strategy Group rejected the chance to drop double points earlier this year, there is a growing feeling that it was an error to upset fans so much over it. 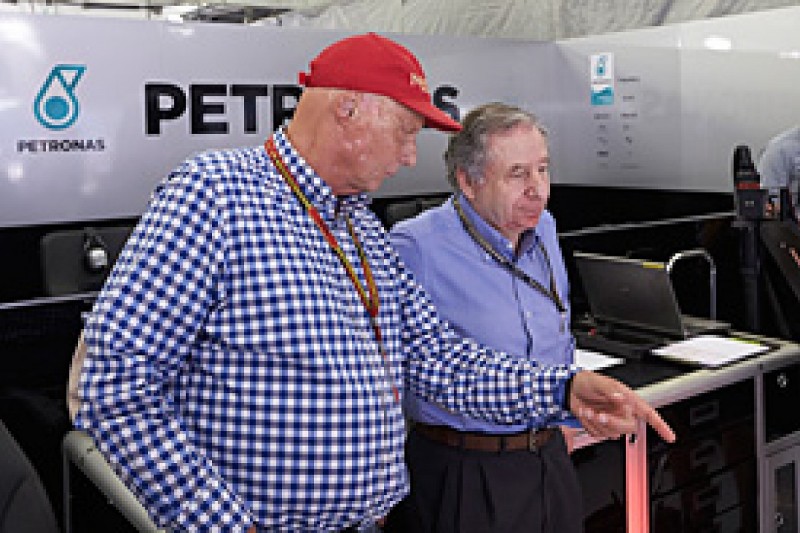 "I think this is a completely wrong decision because it brings into the last race gambling - which nobody wants and nobody cares about," he told AUTOSPORT.

"There was a time when they were talking about three races [being double points], so thank god it is one.

"I personally think that it is wrong, but this is what we have to face.

"It was a mistake to introduce it, but hopefully next year it will be gone again.

"If I think in my last race I get a puncture and the other idiot who didn't win anything, blows me off - have we gone mad?"

Got a burning question about Formula 1 for our technical consultant GARY ANDERSON?

He'll be answering readers' questions again in a pre-Chinese Grand Prix 'Ask Gary' next week. Either post your question to him on the AUTOSPORT Facebook page or tweet @autosport with the hashtag #askgaryf1