The FIA is to continue with Formula 1 race director Niels Wittich in 2023, but he will also help lead a programme bringing on the next generation of officials.

Last year, in the wake of the controversy over the FIA's handling of the 2021 Abu Dhabi Grand Prix, motor racing's governing body elected a system whereby F1 race control was led by two different individuals.

Wittich and Edoardo Freitas shared the race director role for much of the season, as the FIA took on board the lessons from what had gone on before.

In the end, Wittich was assigned the role for the latter stages of the year and it is understood will continue for 2023.

However, with the FIA keen to ensure that there is a strong succession plan in place for the long term, the governing body does not just want to hand over full responsibility of the race director role to just one individual.

So, while Wittich will continue, the FIA is going to roll out a more intense training and development programme to help nurture future race directors and stewards.

This will be formally launched next month when the FIA holds its first High Performance Programme for Officials in Geneva.

There are eight stewards and 16 race directors from across the world signed up for this plan.

As well as that two-day event on February 18-19, trainees will be given a bespoke programme of experience-building through attendance at FIA events to shadow and observe senior officials. 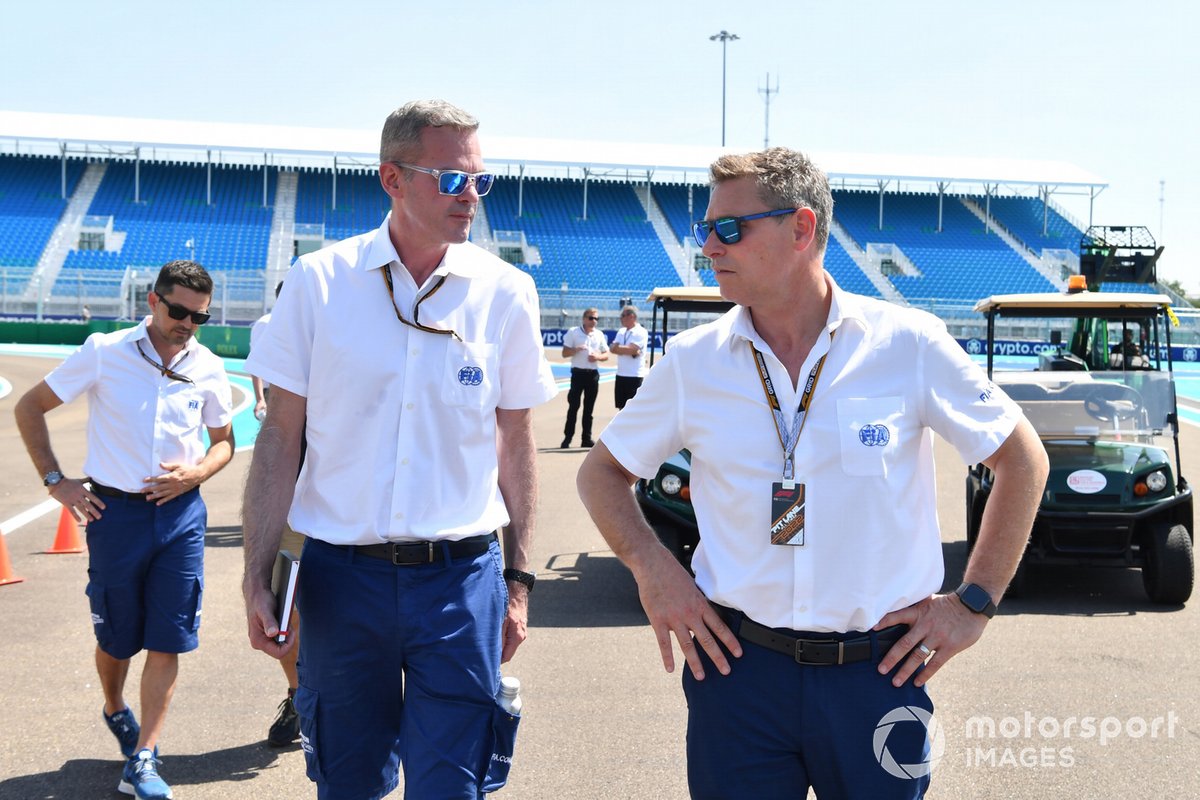 The FIA has also changed the format of its Race Director Seminar and International Stewards Programme away from an annual event. For 2023, it will become a series of webinars to ensure improved dialogue as events develop over the course of the year.

Speaking about the plans at the Monte Carlo Rally, FIA president Mohammed Ben Sulayem said he was happy with the way things were evolving.

"You see, I inherited a lot," he explained. "I won't say it was a good inheritance, but I am very happy that the pathway for race directors and for stewards is going well. There will be in February the training in the FIA headquarters, and you will see changes an evolution thereafter."

Ben Sulayem has also reiterated his belief that the best talent for future race directors can be found in rally co-drivers.

"Who is in charge of the pathway?" he said. "An ex-rally co-driver, Mr [Ronan] Morgan. So you see, they are very structured people. Very analytical. You can say rally co-drivers are more structured than the rally drivers."

The FIA has not yet confirmed the individuals who will be mentored by Wittich at F1 races, but they are likely to include F3 race director Claro Ziegahn, F2 race director Rui Marques and senior stewards like Silvia Bellot.