Formula 1 race director Michael Masi has disputed Red Bull’s claims that it wasn’t contacted over Sergio Perez giving a place back to Charles Leclerc in the Italian Grand Prix.

Perez was handed a five-second penalty at Monza, dropping him from third to fifth, after he was deemed to have gained an unfair advantage by cutting a corner.

The Mexican ran behind the kerbs at the second chicane on lap 32 as he attempted to go around the outside of Leclerc as they battled for third spot.

While he had clearly gone off track, Red Bull said that it did not order its driver to hand the place back because there had been no message from race control to say that it needed to.

Team boss Christian Horner said about Perez getting a penalty for the offence: “That was tough, because we were expecting a call from the stewards to say, if they weren't happy with it, give it back. Of course, the call didn't come.

“Then, when eventually the penalty comes up, the gaps aren't opening up, so that was tough for him. He drove a good race today and third on the road, fifth overall, was a frustrating result.”

But F1 race director Michael Masi, who is in direct contact with teams during races to discuss potential rule breaches, says he did speak to the Red Bull pit wall.

Asked about Horner’s suggestion that the team was given no message about the Perez incident, Masi said: “No, that's incorrect. They didn't ask race control. 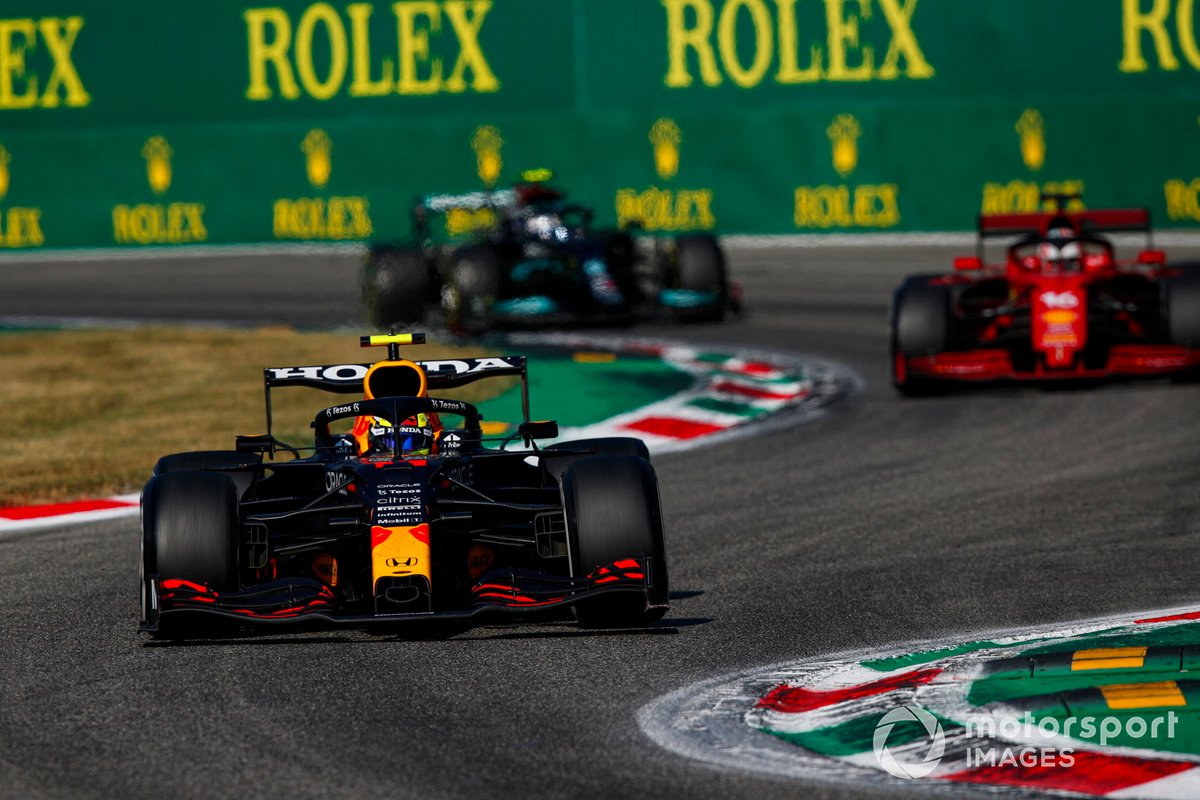 “I suggested to them that they may want to look at giving the position back, and they said they were looking at it themselves."

The Perez incident came a day after he had been investigated for delaying handing back a place to Lance Stroll in the sprint race, which dropped the Aston Martin driver out of the DRS train.

Masi said that the FIA always checked to ensure that any advantage gained by running off track was handed back in full, and that it would not accept drivers trying to game the system.

“We look at certain things from gaining a lasting advantage, and look at it in a holistic manner,” he said.

“If you pulled across and stopped right before a DRS detection zone, let someone by and then took straight after them, that will probably be looked at very differently to giving it up three or four corners before.

“Some of them choose them strategically, but you also have to look at how quickly it actually happens in sequence.”